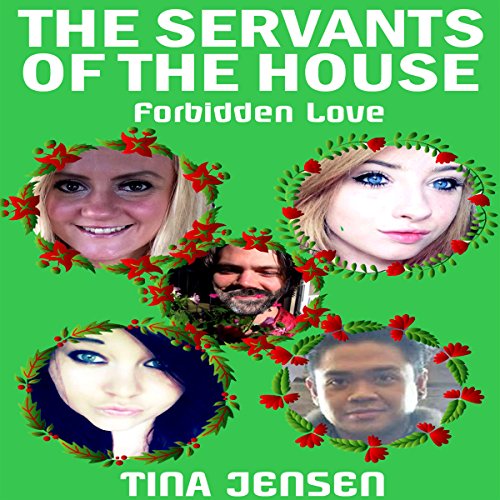 The Servants of the House

By: Tina Jensen
Narrated by: Linda LongCrane
Try for £0.00

The Servants of the House: Forbidden Love - A love romance between a poor servant girl and a gentleman who it would be very forbidden for her to be in love with

When Julia and Sharron, who come from a poor but loving and Christian family, were sent away from their loving family to work as little servants girls for some rich strangers, they were scared and went into the big unknown all alone not knowing how their life would turn out, it would seem that there was many challenges for them even from the beginning, especially with the fact that Julia at first resents being away from her beloved parents and brothers especially Jack, the brother who she adored. Lots of feelings of hurt, fear, betrayal and confusion came upon them. But without them knowing what their future held and they knew both sorrow and joy, with friendships in places in which they would expect the least.

Throughout the story the sister's relationship with each other remain firm, strong and inseparable, with Sharron has always been the stronger sister, having to lift up Julia's emotions even though she was the younger sister. Sharron would always come to the rescue against her sister's bullies, console her in her heartaches, pick her up when she was lacking self-esteem, but at the same time could give her good sound advice and be slightly on the bossy side towards her sister Julia at times. As the precious girls grew up they faced many more challenges both in love and life in general. Especially Julia, who as a young lady falls in love with a gentleman whom she is not supposed to and brings so much complication, heartache, but much joy in her life at the same time, even though that love in unreachable and unattainable for her, or is it really? As her love obsession grows stronger will she stay true to her Christian convictions, will she do the right thing by God, will she be controlled by her feelings and, but the question is what is the right thing?

What listeners say about The Servants of the House

2 girls are sent to work in a household where the mother is rotten and the father is very gentle and kind. One sister finds friendship and love with a schoolmate but the other begins a destructive crush on the father. As they grow older, you get to learn what that means for them.

It was a very entertaining listen, worth a credit!!

I was given this book in return for my unbiased honest opinion. I did think this story was nice. This isn't my normal type of book because I am all about hotness and eroticism but this really had a great story line with good narration.

A good listen with Christian Values

What made the experience of listening to The Servants of the House the most enjoyable?

The narration was good and easy to understand. The story flowed nicely, and kept the reader interested.

What other book might you compare The Servants of the House to and why?

It was a unique book. No other book comes to mind.

two young girls were sent to work at strangers house the women was. not nice the man was kind, the book was read kind of like a child book. but it was wholesome I received this book free from the author or narrator via audio book boom