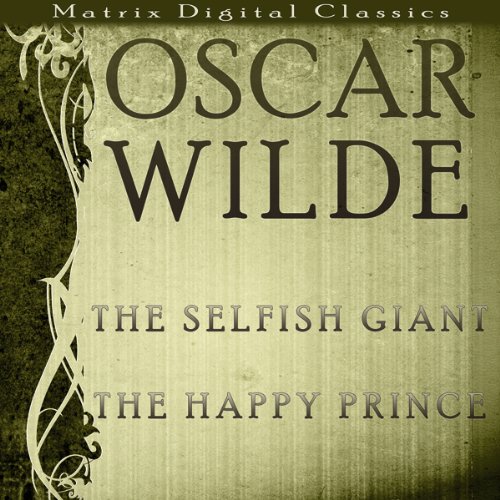 The Selfish Giant and The Happy Prince

Oscar Wilde (1854 - 1900) was an Irish playwright, poet and author of numerous short stories and one novel. Known for his biting wit, he became one of the most successful playwrights of the late Victorian era in London, and one of the greatest celebrities of his day.

This audiobook brings together two of his well known short stories. In 'The Selfish Giant', a once selfish giant welcomes the children to his previously forbidden garden and is eventually rewarded by an unusual little child.

'The Happy Prince' tells the tale of a metal statue who becomes friends with a migratory bird. Together they bring some happiness to others in life and in "death".

What listeners say about The Selfish Giant and The Happy Prince

Two of the loveliest stories ever written

These stories should be required reading for both children and adults. Beautifully simple morality tales on the nature of Love