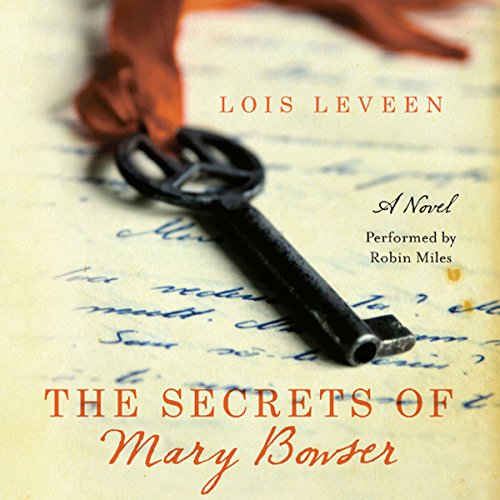 The Secrets of Mary Bowser

Based on a remarkable true story, The Secrets of Mary Bowser is an inspiring tale of one daring woman's willingness to sacrifice her own freedom to change the course of history.

All her life, Mary has been a slave to the wealthy Van Lew family of Richmond, Virginia. But when Bet, the willful Van Lew daughter, decides to send Mary to Philadelphia to be educated, she must leave her family to seize her freedom.

Life in the North brings new friendships, a courtship, and a far different education than Mary ever expected, one that leads her into the heart of the abolition movement. With the nation edging toward war, she defies Virginia law by returning to Richmond to care for her ailing father - and to fight for emancipation. Posing as a slave in the Confederate White House in order to spy on President Jefferson Davis, Mary deceives even those who are closest to her to aid the Union command.

Just when it seems that all her courageous gambles to end slavery will pay off, Mary discovers that everything comes at a cost - even freedom.

What listeners say about The Secrets of Mary Bowser

Wonderful performance of a great story.

This was a wonderful story that was masterfully performed by Robin Miles. Much more than reading the story, she brought to life each of the characters with distinctive voices that really brought the whole story to life. Set mostly in the south 150 years ago, the characters include male and female slaves, wealthy slave owners, and the rest of society including highly educated as well illiterate characters. This is the best performance I have ever listened to and because it is a really good story I enjoyed it very much.There are many aspects of the lives of the people living in that time leading up to and including the Civil War, that were brought out in different and thoughtful ways. I highly recommend this audiobook.

An amazing combination of fact and fiction in this historical novel. I commend the Lois Leveen and Robin Miles for the creation of this excellent novel!

I really enjoyed this book. I learned some things about the Civil War and the perspective of Mary was very interesting. There were some parts that I thought were tedious and long, but luckily, those were rare. Overall, it was very enjoyable and the narrator and writing were very good. I forgot at some points that this was a fictional account of Mary's life.

Still a man's world, but women have come so far!

Where does The Secrets of Mary Bowser rank among all the audiobooks you’ve listened to so far?

This historical novel opened my eyes in an unexpected way and is one of the best books I've listened to on audible. Set in my home state and even in a city where I lived, I was really surprised to learn about the statutes that state legislators put on the books, particularly regarding emancipation and education of slaves. These laws now seem impossible to believe and drove the necessity of keeping deep secrets to protect and bind families of freed slaves. Since Daniel Day Lewis portrayed Abraham Lincoln in the recent Spielberg film, I had a refreshed perspective that truly benefited from viewing the issues from other vantage points. Seeing the events through the eyes of a young emancipated girl made this story extraordinary. Lois Leveen has a storytelling gift and the performance by Robin Miles was wonderful.

Ripped From the History Books

Would you listen to The Secrets of Mary Bowser again? Why?

Based on a true story, this was enjoyable and informative. Robin Miles is one of my favorite narrators.

Although this work is fiction based upon real people, the history surrounding the characters made me smile and weep. You can tell the author was a historian. I had this on my wish list for a while before I used my credit. I needed to be ready for this great listen and I was not disappointed.

This is history that creates our present.

The story is told from a perspective with a voice that needs to be heard today. This is history that creates our present. The story is as enlightening as the performance is engaging! -kg

I absolutely enjoyed this book. I recognized the narrator from a previous book, which made it even more enjoyable. The story was engaging and makes me want to research the subjects more thoroughly.

Interesting story and plot twists. If you’re a fan of historical fiction you will love it.

The first 2/3 of the book was very interesting, but it lost it the last 1/3. The booked was hyped to be about how she really helped the north during the war, but the details of what she found and did wasn't as exciting as I'd hoped.

I was relieved the story was over. Very anticlimactic.

What does Robin Miles bring to the story that you wouldn’t experience if you just read the book?

The narration/performance was really well done! She did so many difference accents that a reader wouldn't have percepted.

Do you think The Secrets of Mary Bowser needs a follow-up book? Why or why not?

nope. I wouldn't be interested enough in the rest of her story.