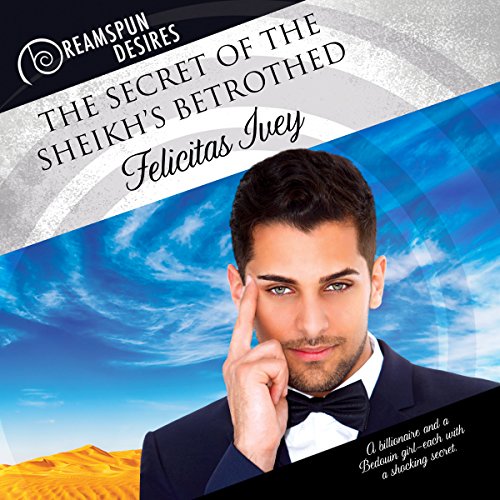 The Secret of the Sheikh’s Betrothed

The Secret of the Sheikh’s Betrothed

A billionaire and a Bedouin girl - each with a shocking secret.

Billionaire Fathi al-Murzim is a workaholic businessman, too busy running the family’s companies to even think about marriage. Too bad he never told his grandfather he’s gay, because Grandfather just announced a childhood betrothal - to a Bedouin girl Fathi never heard about before.

Ikraam din Abdel was raised as a woman by his avaricious and abusive older sister, who didn’t want him to be their father’s heir. He’d never thought to be married either, and is surprised when his sister informs him of his betrothal.

When Fathi and Ikraam meet, they are drawn to each other in a manner neither of them expected. As the plans for their wedding progress, they both realize they need to tell the other the truth. But can they, with both cultural taboos and family pressures to deal with?

What listeners say about The Secret of the Sheikh’s Betrothed

some secret to keep!

The Secret of the Sheikh's Betrothed is a fun, different story. Fathi is a workaholic businessman even though he has a twin brother, his grandfather pushes him to marry and have grandchildren and run the business. His brother is too much of a playboy. He makes the mistake saying only if his wife is chosen and that is when his grandfather reveals he promised marriage to the firstborn to a Beduin girl.

Ikraam is surprised when he hears about the arranged marriage. Even though his Sister has raised him as a girl since he was born he knows that things won't go well on the wedding night.

I loved Ikraam and his Jaguar. This is a sort of Cinderfella story in an exotic location. There is plenty of villains and a happy ending.