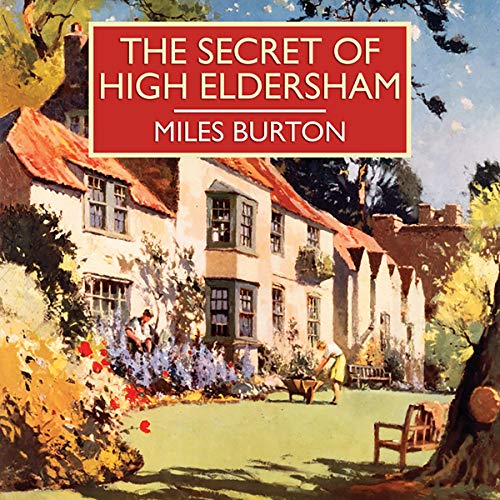 The Secret of High Eldersham

By: Miles Burton
Narrated by: Gordon Griffin
Try for £0.00

Samuel Whitehead, landlord of the Rose and Crown, is a stranger in the lonely East Anglian village of High Eldersham. And when the newcomer is stabbed to death in his pub, it seems that the veil dividing High Eldersham from the outside world is about to be lifted.

Detective Inspector Young forms a theory about the case so utterly impossible that merely entertaining the suspicion makes him doubt his own sanity. Surrounded by sinister forces beyond his understanding, he calls on a brilliant amateur and 'living encyclopedia', Desmond Merrion.

Soon Merrion falls for the charms of a young woman in the village, Mavis Owerton. But does Mavis know more about the secrets of the village than she is willing to admit?

What listeners say about The Secret of High Eldersham

I found the characters stupid as the plot line was thin and obvious. The only surprising twist was it took the 'dectectives' so long to figure it out. Agatha Christie it was not!

Despite the trappings of the occult (many years before The Wicker Man) I found this a bit dull. I spotted the truth quite early on and it seemed to take an inordinate amount of time for the protagonists to cotton on to what seemed very obvious.

This could have been a shorter and more entertaining book if it had an editor willing to wield his blue pen. The story is a cross between a Midsummer Murder plot and Scooby Doo show, there's far too much emphasis on one aspect of the plot, and this overrides the rest of the story. Was not impressed just exasperated at the gullibility of everyone in the book and mine for listening to it.

The narration and story gripped me from start to finish. There aren't any twists, as such, you realise half way through what is going to happen, but I still found it thrilling.

The Secret of Great Mystery Writing

Start with an inexplicable murder, add a persevering Scotland Yard man, his offbeat friend with a butler who served with him during the Great War (a touch of Wimsey there) and a beautiful girl who likes to drive speed boats. Put them in a remote English village over which broods a strange sense of mystery and foreboding (including a generous dollop of witchcraft), and don’t forget to write the story with a twinkle in your eye. Finally, be sure Gordon Griffin reads it.

We have here a classic Golden Age Mystery with more than a touch of Golden Age Thriller thrown in just for good measure. The only fly in this particular ointment is the recording itself. A series of odd noises—everything from what sounds like lip smacks to cheap, distant sleigh bells—intrude themselves in the background. Granted, they don’t derail the story, but they do annoy.

Love the narrator! The mystery is great. The characters are addictive. This is a wonderful story.

Zzz Hit the snooze button on this one!

I really tried to like this one. I read all the reviews and felt sure it would be a good story. I just cant get into it. Excellent performance silly, boring story.