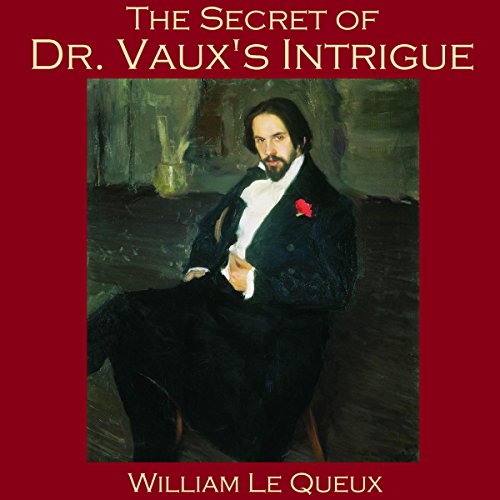 The Secret of Dr. Vaux's Intrigue

The Secret of Dr. Vaux's Intrigue

William Le Queux (1864 - 1927) was an Anglo-French journalist and writer, diplomat, traveller, flying buff and wireless pioneer who broadcast music from his own station long before radio was generally available.

He was phenomenally successful as a novelist and short story writer, and many of his tales are based on his own exploits, albeit vastly exaggerated. He is widely recongnized as one of the first creators of the spy story genre, in which his diplomatic background, familiarity with European high society and his interest in technology combined to create a rich tapestry for his intrigues.

InThe Secret of Dr. Vaux's Intrigue a British spy pits his wits against a French Cabinet Minister to acquire details of negotiations between France and Russia which will be essential to prevent a war in Europe.