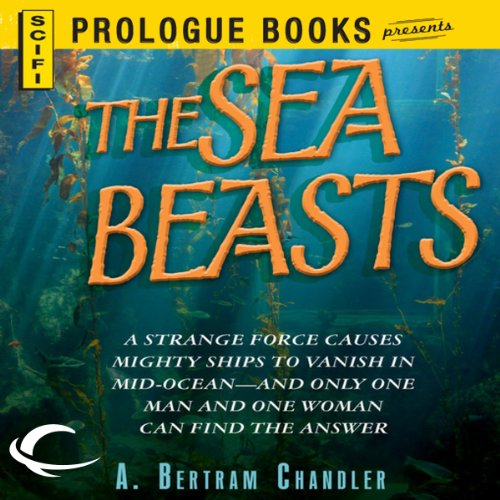 By: A. Bertram Chandler
Narrated by: David Franklin

Strange and Monstrous Creatures from Under the Sea

They came in armies from under the sea - they possessed an intelligence and cunning beyond any human.

These incredible tales were dismissed as the ravings of madmen by marine expert Peter Hallows and his lovely assistant Sally Brent.

But then they appeared…strange and monstrous creatures that Hallows and his expedition might never live to describe.

Would you try another book from A. Bertram Chandler and/or David Franklin?

Could you see The Sea Beasts being made into a movie or a TV series? Who should the stars be?

And the Douglas Adams Galaxy Award for must use of the work Belgium errr I mean MUCKING in a book goes to A. Bertram Chandler....IT WAS USED 17000000000000000000000 TIMES! Totally threw me off what should have been a very good book and story... WHAT EDITOR in his or her right mind allowed this to happen??? What a damn shame!!