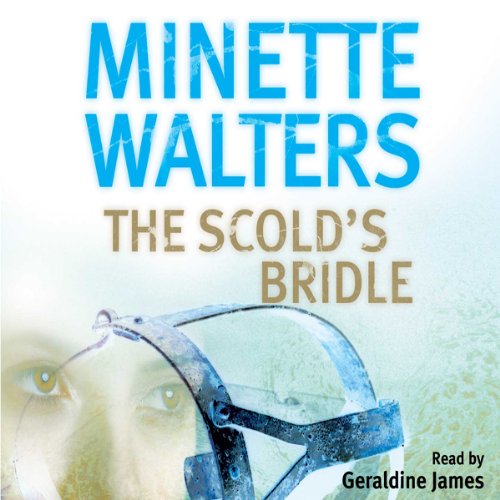 By: Minette Walters
Narrated by: Geraldine James
Try for £0.00

Mathilda Gillespie's body was found nearly two days after she had taken an overdose and slashed her wrists with a Stanley knife. But what shocked Dr Sarah Blakeney the most was the scold's bridle obscuring the dead woman's face, a metal contraption grotesquely adorned with a garland of nettles and Michaelma's daisies. What happened at Cedar House in the tortured hours before Mathilda's death?

The police assume that the coroner will return a verdict of suicide. Only Dr Blakeney, it seems, doubts that - until it is discovered that Mathilda's diaries have disappeared.

What listeners say about The Scold's Bridle

What I enjoy most about Minette Walters books is the depth of characterisation - often (Fox Evil, Dark Room) the plotting or the payoff has disappointed me - but her precision in drawing characters, her dialogue and her insight into human emotion is excellent. This is well plotted and very well read - the three stars merely indicates that I feel that, unabridged, it would be richer and more resonant