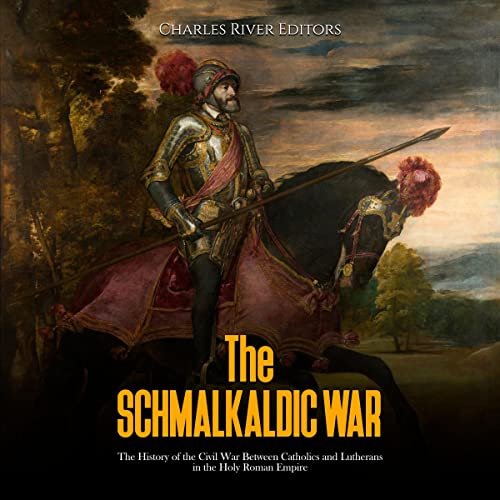 The Schmalkaldic War: The History of the Civil War Between Catholics and Lutherans in the Holy Roman Empire

In Rome, on February 24, 1530, Pope Clement VII placed the ancient crown of the Holy Roman Empire on the head of the 29-year-old Charles V of Habsburg. Born in Flanders, he became Duke of Burgundy and Lord of the Netherlands at the age of six, King of Castile and Aragon at 15, Archduke of Austria at 17, and, finally, King of the Romans three months after that. The last title belonged to the ruler of Germany before he was solemnly crowned Holy Roman Emperor by the Pope.

It has been famously pointed out that the Holy Roman Empire was neither holy, nor Roman, but it was also not an empire in the sense people expect when hearing the term. In theory, the emperor was the highest prince in Christendom, and his dominion extended the length and breadth of Western Europe. The empire had been created by the papacy in 801 when Pope Leo III famously crowned the supposedly unwitting Charlemagne in Saint Peter’s Basilica, intending to recreate the Western Roman Empire. In truth, the imperial power did not extend beyond central Europe, which by the beginning of the 16th century included Germany, Northern Italy, and the Netherlands. Even in these lands, however, the emperor struggled to command obedience. His dominion over Northern Italy was theoretical only, the cities of the Netherlands were deeply conscious of their ancient rights and privileges, and Germany had long ceased to be compliant. The latter had become a collection of principalities, dukedoms, and bishoprics which vied with each other and pursued their own agendas. They were, however, united in only one sense: Denying the emperor power and resisting attempts to centralize the government.

At the same time, major religious changes were happening within Germany in the early 16th century. Born shortly after the invention of the printing press, Martin Luther became one of Europe’s best selling authors, along with others like Erasmus, and his theology was mass produced across Europe. He strongly disputed the claim that freedom from God's punishment of sin could be purchased with money, known as indulgences, and he confronted indulgence salesman Johann Tetzel with his Ninety-Five Theses in 1517, one of the most important religious writings of all time. His refusal to retract all of his writings at the demand of Pope Leo X in 1520 and the Holy Roman Emperor Charles V at the Diet of Worms in 1521 resulted in his excommunication by the Pope and condemnation as an outlaw by the emperor.

Luther, of course, did not back down. Although the story about him nailing Ninety-Five Theses to a church door is almost surely apocryphal, Luther continued that salvation is not earned by good deeds but received only as a free gift of God's grace through faith in Jesus Christ as redeemer from sin. His theology also continued to directly challenge the Pope’s authority by teaching that the Bible is the only source of divinely revealed knowledge.

Meanwhile, no significant measures were taken either against Luther or against the Saxon territories by the imperial power, since Charles V had been involved in various international struggles from 1521 onwards. In 1526, the resolutions of the Diet of Speyer allowed Lutheranism to flourish, only to be followed by a second diet in 1529 which banned all further innovations in rite and religion and reinforced the terms of the Edict of Worms. The precariousness of the situation of the Lutheran rulers in Germany was underlined when the emperor returned after having successfully defeated the Ottoman forces in the Eastern part of the empire and consequently requested that a new meeting be organized in order to clarify the matter of Lutheranism.

What listeners say about The Schmalkaldic War: The History of the Civil War Between Catholics and Lutherans in the Holy Roman Empire