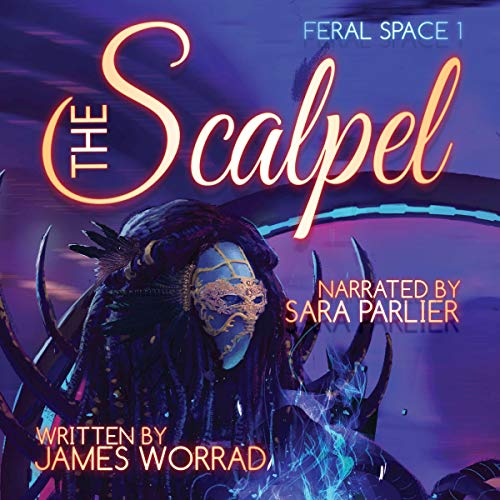 Swirl and Sparkle share one body. When the bickering sisters are mysteriously attacked, they flee for their lives, assisted by Hargie, their fast-talking, faster-than-light and morally questionable pilot.

Swirl's life is not going to plan. Exiled by her alien masters to the scuzziest part of the galaxy for crimes she did not commit, the once promising combat agent is reduced to peddling drugs aboard a mile-long space slum. If there is an upside, Swirl is sure her sister isn't part of it. Regrettably, the frivolous Sparkle shares Swirl's brain and body. Nevertheless, when the sisters are attacked, they learn to cease bickering and flee for their lives.

Hargie's life never really had a plan. One of the bubblefolk, a race of faster-than-light addicted lowlifes, Hargie jumps from star to star, bar to bar, forever outrunning a past best forgotten. When Swirl buys a ride on his ship, Hargie tries to see the enigmatic woman as just another job, one he can abandon when the time comes.

Melid’s life is but a cog in an immense machine. Empathically bonded to her own kind, she feels naught for the rest of humanity. The merciless Melid is ordered to hunt down a mysterious woman before she can return to her even more mysterious home world.

More than simply fantasy in space. This space opera tale will launch you on a quest through a universe of beautiful worlds, spaceships that bend physics, and space beasts with firepower. Relinquish reality and delight in this stunning fantasy space opera. Explore the broken worlds and palaces of psychotic warlords. Venture to the edge of sanity and into the heart of the universes' greatest enigma: the silent beasts of the void, the Scalpels.

What listeners say about The Scalpel

looking forward to more of the same

Very different to the normal sci fi books I normally listen to. Really enjoyed it none the less. I'm looking forward to the next installment

an interesting take on space

multiple alien species, inter-dimensional beings, and mingled plotlines I had a bit of trouble feeling like I was more than swept along. I think I will listen a second time to be sure. I requested this book and left a voluntary review.

Interesting story, not good for audiobook

I think I would have enjoyed this book more if I had read it instead of listening to it. Lots of strange speech patterns of different characters made it hard to focus on the story.

For the most part, Sara Parlier did a great job differentiating between different characters but sometimes it felt like she swapped voices on them without realizing it.