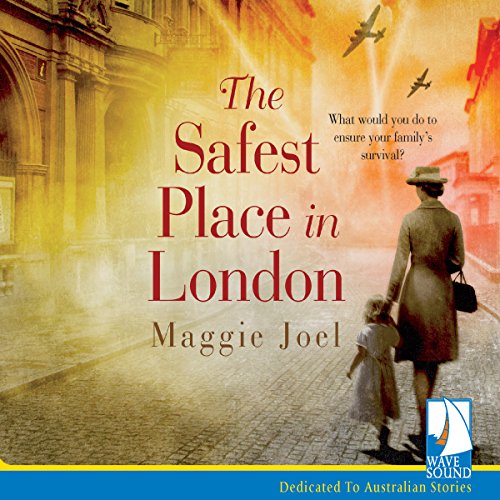 The Safest Place in London

They hurry to the safety of the underground tube station, but in wartime people will do anything to survive - even at the expense of others.

"A beautifully written exploration of desperation and hope...captures the essence of the era with subtlety and style. A remarkable story of family, survival and how one decision can change lives for better or worse." (Jane Harper, best-selling author of The Dry)

What listeners say about The Safest Place in London

Thoroughly enjoyed this novel by Maggie Joel, feeling fully immersed in the WWII London she so skilfully describes. Another great work by Joel, who draws the reader in through brilliantly depicted scenes of London during the Blitz. Her greatest talent, however, must be her ability to enable the reader to connect with the characters emotionally. A very satisfying read indeed, propelling me to immediately look for my next read by Joel, who is quickly becoming one of my favourite authors.