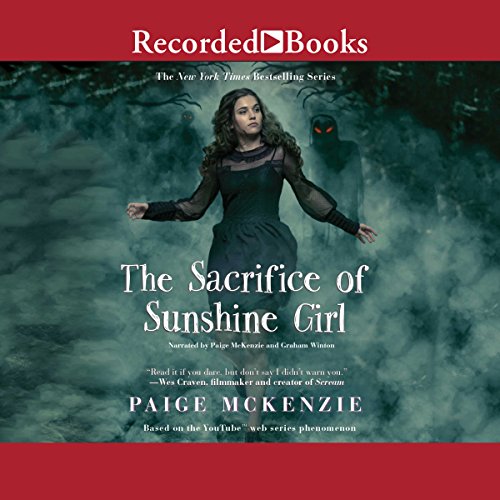 The Sacrifice of Sunshine Girl

The Sacrifice of Sunshine Girl

Is Sunshine Griffith who she thinks she is? Now that her luiseach powers are fully awakened, and having barely survived an abyss full of demons at the end of book two, Sunshine must figure out who - or what - has been organizing the forces of darkness against her. Thanks to her brainiac boyfriend, Nolan, they not only unearth that Sunshine's death would trigger a calamitous event, but that all civilization depends on her survival.

So when an unexpected event unleashes a fierce war between the luiseach and the demon army, Sunshine will learn a shocking truth about herself. Can she bring herself to make the ultimate sacrifice to save humankind?

awesome end to a brilliant trilogy,well done Paige McKenzie on taking us on a fantastic adventure

I don't normally like to talk about spiritual warfare but this was very well written and so entertaining and could be used as a parallel to Christianity ( Sunshine being an angel and the demons are, well, demons.... ) My teens( 14yo boy and 17yo girl) and I listened to ALL 3 books on a cross country road trip. They would beg to turn it back on if I paused it to get gas or anything else. I wouldn't want a young child reading it unless they truly understood it was fiction though.

great read, another good one of a sunshine book. can't wait for more to come. intense as always.

First one was better.

I felt it was mostly a review of the first and second book. Little effort was put into the story line for the third book. I did however enjoy the first book in this series. it was original and entertaining. A pity the same couldn't be said for the others.