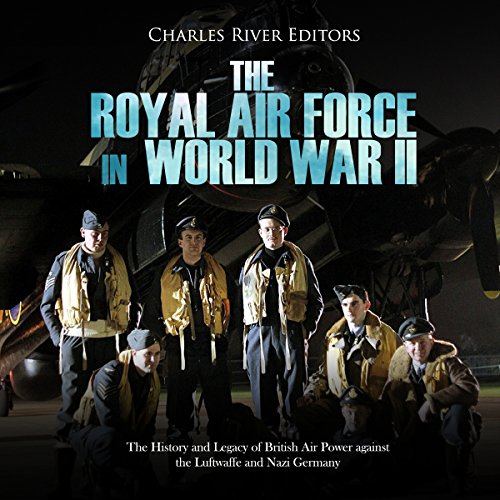 The Royal Air Force in World War II: The History and Legacy of British Air Power against the Luftwaffe and Nazi Germany

“The gratitude of every home in our island, in our Empire, and indeed throughout the world except in the abodes of the guilty goes out to the British airmen who, undaunted by odds, unweakened by their constant challenge and mortal danger, are turning the tide of world war by their prowess and their devotion. Never in the field of human conflict was so much owed by so many to so few.” – Winston Churchill, August 21, 1940.

At the end of August 2012, BBC ran a report about the commemoration of a young man who had been killed more than 70 years earlier. “A Battle of Britain pilot who was killed when his Spitfire crashed following a dogfight in the skies above Kent has been honored. Flying Officer Oswald St John ‘Ossie’ Pigg lost his life in the crash at Elvey Farm on 1 September 1940. The 22-year-old had been involved in an aerial fight with a Messerschmitt. A plaque was unveiled near the site by his niece Stephanie Haigh and the Battle of Britain Memorial Flight carried out a flypast on Thursday.”

Just 12 days before Pigg’s death, British Prime Minister Winston Churchill had already immortalized the men of the Royal Air Force with one of the West’s most famous war-time quotes. But the sentiment and gratitude Churchill expressed back in 1940 is very much alive today. The sacrifice made by “The Few”, the British and Allied fighter pilots who won the Battle of Britain in 1940, remains close to the hearts of the British public, and the piece by the BBC is typical of the national sentiment manifested in air shows, museums, TV programs, and books. Even as the last of “The Few” pass on, it seems unlikely that the legend they helped to create will be forgotten anytime soon.

What listeners say about The Royal Air Force in World War II: The History and Legacy of British Air Power against the Luftwaffe and Nazi Germany

The book needs editing to delete duplicate passages and errors otherwise it was a good.