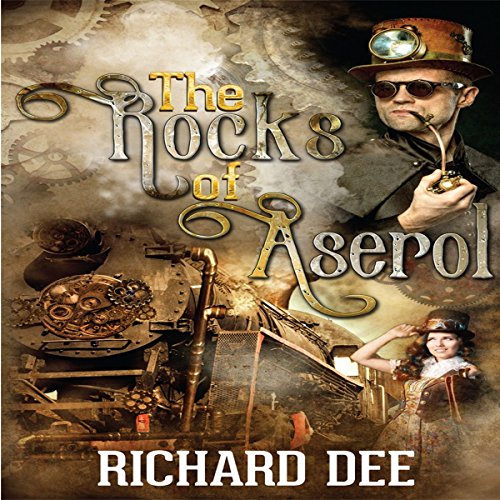 At first glance it was a simple enough job, go to Aserol and find out what's happening at the Waster mine. For Horis Strongman it's the start of an adventure, there are things that don't add up and he stumbles upon a secret. It's enough to kill for, but can he stay alive to expose it?

In a world where coal is King, where machines of metal are powered by steam and clockwork, those in power want him silenced by any means. Accused of a terrible crime, Horis is forced to run, aided by those who can prove his innocence, and unsure of whom he can trust.

From the mines to the skies, on the oceans and rivers, The Rocks of Aserol could change the world.

What listeners say about The Rocks of Aserol