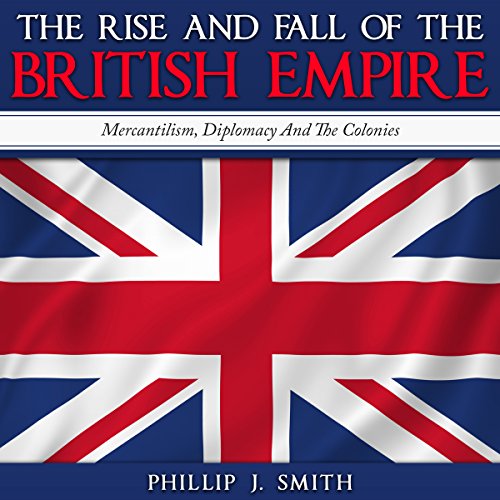 The Rise and Fall of the British Empire

By: Phillip J. Smith
Narrated by: Saethon Williams
Try for £0.00

From the earliest settlements in the Americas, the British Empire grew to encompass nearly 25 percent of the earth's landmass. Created from a diverse array of companies, colonies and dominions, these nations helped the United Kingdom to develop into the world's leading power by the end of the 1800s. Driven by a desire to expand economically and commercially, Britain was driven by mercantilism.

Over time, the connections between Britain and its empire grew increasingly close. By the time of the First World War, the colonies were a main source of soldiers, supplies and support for Britain. Following the Second World War, the United Kingdom began a gradual policy of de-colonization. As colonies became independent, self-governing nations, they were offered to join the British Commonwealth. Encompassing a total of 53 nations, the modern Commonwealth is a throwback to Britain's colonial past.

In his book entitled The Rise and Fall of The British Empire: Mercantilism, Diplomacy and the Colonies author Phillip J. Smith chronicles the ascent and descent of this once great empire.