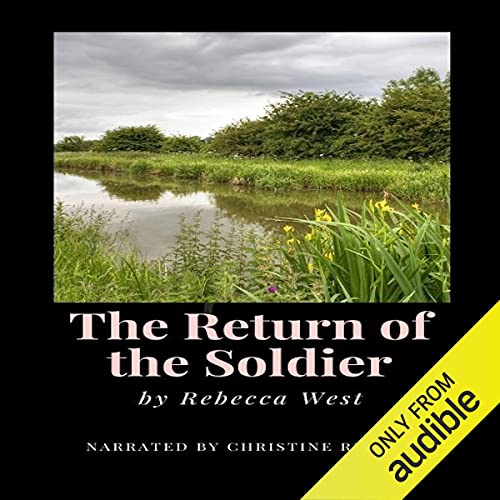 The Return of the Soldier

By: Rebecca West
Narrated by: Christine Rendel
Try for £0.00

The Return of the Soldier is the powerful debut novel of the prolific English novelist Rebecca West. First published in 1918, the novel opens with the return of the shell-shocked Captain Chris Baldry from the trenches of the First World War, and grapples with the devastation of mental trauma from that war and its effects on families.

Recounted from the perspective of his cousin Jenny, the story examines the relationship between Chris and the three women in his life. Against the backdrop of an enclosed world roiled by public events, the novel also reveals shifts in England’s class structures at the beginning of the 20th century.

A haunting and poignant story of love, loss, and sacrifice, The Return of the Soldier has been described as one of the earliest attempts by a writer to examine the psychological effects on the soldiers who survived that monumental early 20th-century conflict.

What listeners say about The Return of the Soldier