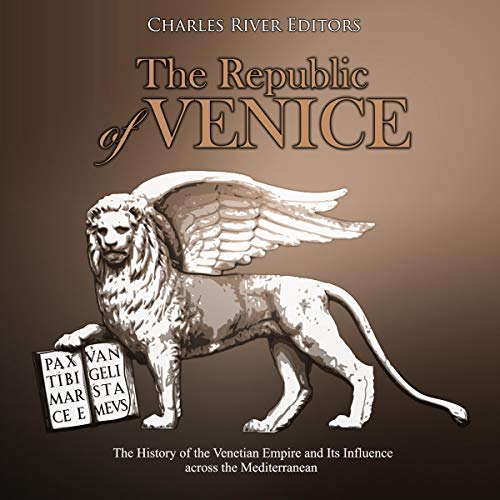 The Republic of Venice

“As in the Arsenal of the Venetians
Boils in winter the tenacious pitch
To smear their unsound vessels over again
For sail they cannot; and instead thereof
One makes his vessel new, and one recaulks
The ribs of that which many a voyage has made
One hammers at the prow, one at the stern
This one makes oars and that one cordage twists
Another mends the mainsail and the mizzen…” (Dante’s Inferno)

To the first settlers of the unpromising, marshy islands of Venice in the 5th century BCE, it appeared as if any attempt at civilization was doomed to fail. Yet, even with the cards stacked against them, the artful inhabitants mastered the unlivable terrain and slowly pieced together a society that would put the small, unassuming city right on the map. In time, the city evolved into the most powerful maritime empire in all of Europe.

Founded in the wake of the decline of the Roman Empire, the Republic of Venice lasted for more than a thousand years, from 697-1797, and in order to understand its singular position in world history, it is necessary to first note its geographical positioning and its topographical make-up: Located in northeastern Italy at the head of the Adriatic, the city is made up of 120 islands that are connected by 430 bridges that cross over 170 canals, referred to as a “rio” or plural “rii” (Italian for river). As a maritime power, the interests of Venice once reached all the way to Asia, which allowed it to form an important crossroads within the Eastern Mediterranean, in terms of trade. In Venice, a vast array of products (raw materials, spices, cloth) came all the way from North Africa, Russia, and India and were exchanged for the goods and wealth of Europe.”

Venice, of course, earned its remarkable reputation on its own merit, but the reason for its current fame should be credited at least in part to its status as one of the most important tourist destinations of all time, attracting travelers interested in religion, art, culture, architecture, the seashore as well as shopping. As far back as the 16th century, pilgrims flocked there to take in its numerous holy sites, the remnants of the city’s medieval heritage, and in the 17th century, rich northern Europeans flocked to the city as part of their lengthy Grand Tour, hoping to feast their eyes on the unusual cityscape and its unique cultural heritage. Many of those famous writers penned unforgettable accounts of the city in English and in German, stories that only served to increase its fortunes over time.

The Republic of Venice: The History of the Venetian Empire and Its Influence across the Mediterranean dives into the city's origin story, how it became one of the most important powers in Europe, and its inevitable undoing. Along with information about important people, places, and events, you will learn about the Venetian Republic like never before.

What listeners say about The Republic of Venice