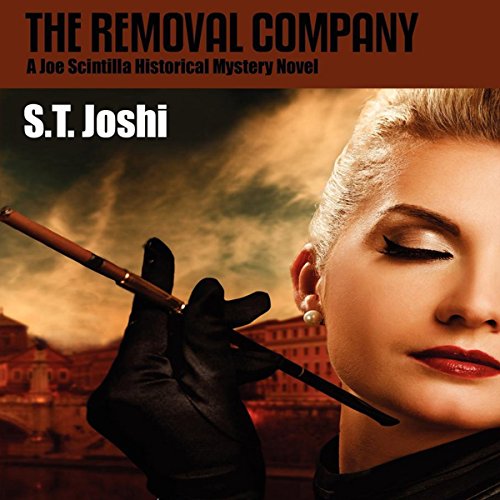 Arthur Vance walks into P.I. Joe Scintilla's office and tells him an incredible story: his wife, Katharine, had commited suicide a year and a half before, and yet he is convinced that she is now passing under the name of Elena Cavalieri, having just been married to another man. Is Vance merely distraught over his wife's death, or is he correct in believing that "The Removal Company" - a shadowy organization that appears to help those who wish to slough off the burden of existence, and which assisted Katharine in her self-destruction-is something much more sinister than it appears? Thus begins a fast-paced investigation by Scintilla and Vance, as they shuttle back and forth from New York to Los Angeles, and even as far as Italy, to find out what they can about the mysterious Dr. Sanderson, the director of The Removal Company. It requires all of Scintilla's brain power, legwork, and guts to hunt down his prey.

What listeners say about The Removal Company: A Joe Scintilla Historical Mystery Novel