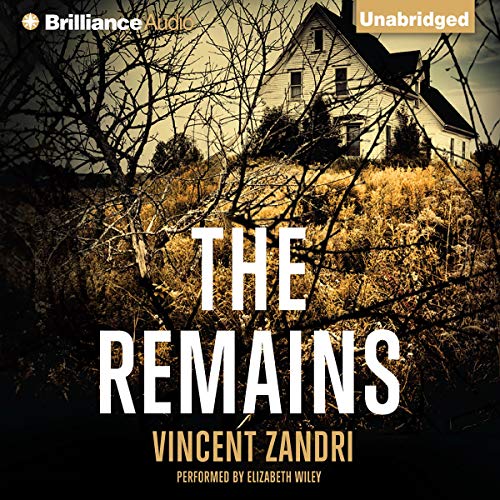 By: Vincent Zandri
Narrated by: Elizabeth Wiley
Try for £0.00

It’s been 30 years since the terrifying abduction of twin sisters Rebecca and Molly Underhill by a deranged man who lived in a cabin behind their house. Fearful of retribution against their family, the girls kept the incident secret. Rebecca, now a painter and art teacher, suddenly begins getting mysterious text messages. Is Molly - long lost to cancer - trying to communicate? It couldn’t be their attacker from so many years ago; he was imprisoned for a similar crime at about that same time. Surely he’d still be in jail or dead by now - wouldn’t he?

When one of Rebecca’s art students - an autistic savant - gives her a series of paintings, Rebecca realizes the paintings’ scenes match the nightmares she’s had every night since the horrific ordeal three decades earlier.

Escape into a pulse-pounding story that poses the question: What if you were forced to relive the most horrifying moment of your life?

What listeners say about The Remains

Full of suspense, very well written and absolutely nail bitingly good. Is Rebeca imagining what’s happening, the man who put them in the cellar as children was dead, he was given a long prison sentence to he must have died in prison, she thought. Her artist friend Franny is painting what is buried deep in her mind, is this even possible. You won’t want to put this down.
On to book two, thanks Vincent, exception writing.
I am fairly new to audiobooks and I am still trying to get used to narration,
I found Elizabeth to be ok to start with, I understand that it must be hard to do so many different voices but by the end of the book I was getting more used to her voice and did find it easy on the ear.
She does make this an enjoyable listen, her voice is nice and clear and interpretation (if that’s the right word) of the characters is really well done.

So bad it was painful.

I am thankful this book was free. I gave up on it in the middle of the climax. I tried to overlook the over dramatic and terrible writing and give the author the benefit of the doubt that some wonderful clever twist would make the seemingly absurd plot less silly at some point. It became clear towards the end that, no, this book was just truly horrible and got worse and worse as it went along and someone should have stopped the author from publishing it. Instead of wasting any more time finishing it, I read the negative reviews and verified that there were no redeeming qualities waiting for me at the end of the story. I have NEVER given up on a book that I had already given so much time to until now. As an artist myself, I hate to leave bad reviews, but this author really needs to find a different creative outlet than writing. Or at least spare the public from it until he has developed his craft quite a bit more. The narration was tolerable at first. By the middle/end it became SO over dramatic I started to feel physically ill. Don't believe the positive reviews. They were either written by 13 year olds or paid for or fake. Either that or the world truly is spiraling into the horrible prophecies foretold in Idiocracy.

I cannot recommend this at all!! Descriptions of breakfast menus a feature. Accents are horridly done

The story line kept you in suspense and the narrator was absolutely wonderful! great read.

This was an exciting book to listen to. Very tense moments. Well done. If you enjoy mystery novels this is for you.

Not bad at all!

Really enjoyed! good suspense. only problem was that it drug near the end but even wasn't bad just because more "artsy" that mystery

This was an excellent book!The characters are well formed and likable.A woman is sure she is being followed by the man who kidnapped her and her sister years ago.No one knew they were taken,they kept it a secret.They thought he died in prison.As the man is released from prison,odd things start happening. Elizabeth Wiley was a wonderful narrator.

I still enjoyed this book just as much as the 1st time I heard it and will probably listen to it many more times in the future.

I really enjoyed this book. The characters were interesting and the narrator did an amazing job.

I was on the edge of my seat the entire story. Every twist and turn, listening to the story of the past and dealing with the things of the future. What a great story.