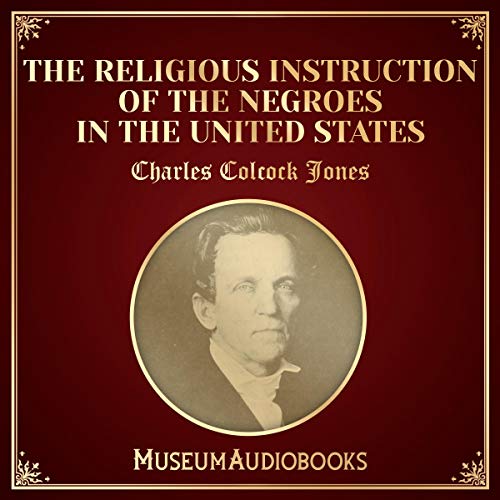 The Religious Instruction of the Negroes in the United States

By: Charles Colcock Jones
Narrated by: Melissa Summers
Try for £0.00

The first part of this book (from 1842) by Charles Colcock Jones is an historical sketch of slavery, with an emphasis on missionary and religious efforts directed towards the slaves. Part Two deals with the moral and religious conditions of slaves. The third part describes the obligations of the Christian church to rectify existing problems, while the final part proposes strategies for implementing programs of religious instruction for slaves.

Museum Audiobooks strives to present audiobook versions of authentic, unabridged historical texts from prior eras which contain a variety of points of view. The texts do not represent the views or opinions of Museum Audiobooks, and in certain cases may contain perspectives or language that is objectionable to the modern listener.