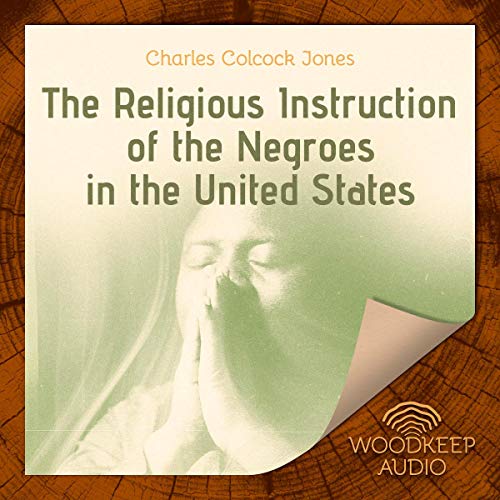 The Religious Instruction of the Negroes in the United States

By: Charles Colcock Jones
Narrated by: John Roberts
Try for £0.00

Charles Colcock Jones, Sr. (1804-1863) was a Presbyterian clergyman, educator, missionary, and planter of Liberty County, Georgia. Jones’ book The Religious Instruction of the Negroes in the United States (1842) is an extended plea to White ministers and slave owners to attend to the spiritual needs of slaves and free Blacks. Part one provides a history of slavery and religion in the United States from 1620 to 1842. Part two discusses the moral and religious conditions of slaves and free blacks, while Part three calls on the Christian church to address these conditions. Jones concludes in Part four with pleas to slave owners, ministers, and the church at large to devote more attention to the religious instruction of African Americans.