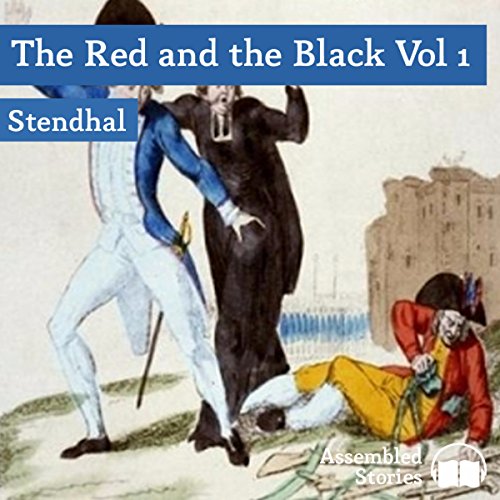 The Red and the Black, Volume 1

The Red and the Black, Volume 1

Julian Sorel is a handsome, naïve but not wholly innocent young man, born of peasant stock. He is, however, very ambitious and determined to succeed in life and make a career for himself. If this involves lying, guile and hypocrisy - so be it.

Not so long ago, two professions would have been open to him - the army or the church - but in the wake of Waterloo and the defeat of Napoleon, it would be preferable to take Holy Orders. Fortunately Mr de Renal, Mayor of Verrieres, is in need of a status symbol to impress his peers, and he engages the young man as tutor to his children.

Mr de Renal has a very pretty younger wife and the decision is postponed while Julian indulges in a deceitful affair and learns another skill. Eventually the time comes when he must leave the town and attend his theological studies at Besancon. Unfortunately, his devious practices and underhand schemes don't work at the seminary - they are more corrupt than he is.

Setting his story in the unstable period of the Bourbon restoration, when several factions were cynically vying for their own self-interest, Stendhal exposes the morally bankrupt local government and the grasping materialism of the church with a deftness which earned him Zola's acclamation: 'the Father of us all'.