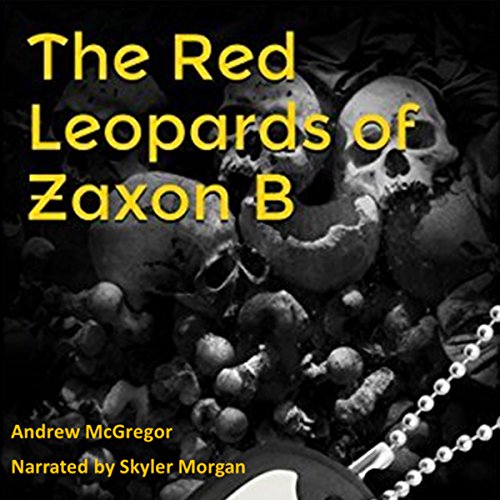 The Red Leopards of Zaxon B

By: Andrew McGregor
Narrated by: Skyler Morgan
Try for £0.00

A darkness is falling across the galaxy. With allied forces in a full desperate retreat across the remains of Zaxon B, the Red Leopards move forward in an attempt to redress the balance. With the protective orbiting space station already under attack, the last opportunity for escape has now passed. The stranded forces on the planet are alone. All across the surrounding galaxies, the Trevakian Empire is crumbling under the seemingly endless swarms of Morgon armored soldiers and their allies. Earth stands weakened, a powerful enemy banished for the time being, perhaps presenting an opportunity to rearm and consolidate. In space above, a small number of Trevakian ships attempt to form a defensive line, unaware that the greatest danger may already be on the planet below. Time is running out. No one knows the true evil and intent that is about to be unleashed. One fact is for certain, the motto of the Trevakian marines is now more than simply a motivational slogan, "Your time is now"!

What listeners say about The Red Leopards of Zaxon B

I listened to this story all the way through, hoping something would emerge by the end. I had problems believing humans would become soldiers simply because they were found modeling uniforms for a photoshoot. The story involved battle after battle, and character development was minimal. If you like ground battles against aliens, this book is for you. I was also distracted by the narrator pausing for breath within sentences.