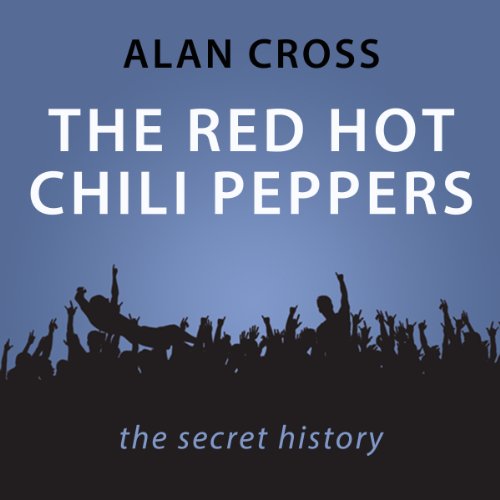 In his artist profile of the Red Hot Chili Peppers, Alan Cross takes listeners back to Southern California in the '80s, where a Lithuanian child actor named Anthony Keidis and a drug-friendly jazz enthusiast named "Flea" became friends at age 15. But several obstacles (and other musical projects) had to be hurdled before the formation of the Chili Peppers, that innovative band that blended the sounds of punk, funk, rap, and rock that would eventually earn them a place in the Rock and Roll Hall of Fame and sell over 80 million records.

Self-described "professional music geek" Cross has a lifetime career in radio, and it shows in his four-volume Alan Cross Guide to Alternative Rock. His delivery is flawless without sparing its amiable passion.

In this new audiobook, broadcaster and music writer Alan Cross narrates the definitive history of The Red Hot Chilli Peppers. Cross succeeds once again in revealing the fascinating history behind the music in the same compelling way we've come to expect from his long broadcasting career.
Rock on: listen to another Alan Cross Guide.
©2009 Alan Cross (P)2009 HarperCollins Canada

What listeners say about The Red Hot Chili Peppers

Amazes me every time !

I read the book when it came out.I loved it.Refreshing to hear it read aloud.