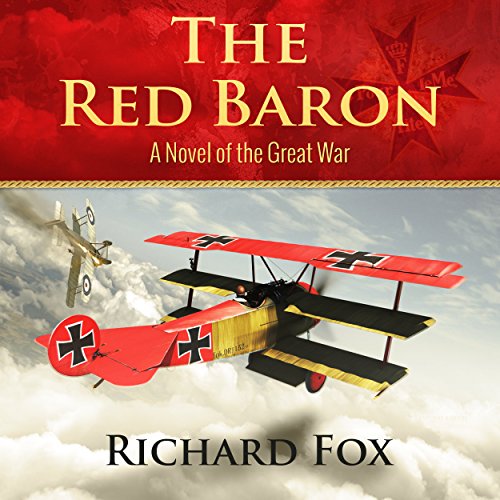 The Red Baron: A World War I Novel

The Red Baron: A World War I Novel

At the dawn of the First World War, Manfred von Richthofen sought glory. What he found was misery. Sentenced to a meaningless staff position after losing his first battle, Richthofen joins the fledgling German air force and discovers his deadly talent for air to air combat.

In the air, victory and renown come at the expense of other men's lives and with a burden that grinds against his soul. To the soldiers and people of Germany, he was the pride of an empire. To his foes, he was the Red Baron. As wounds to his body and spirit mount, Richthofen learns that even heroes have limits. As the war enters the final stages, finding the strength to keep fighting will be his greatest battle.

Poor narration. Stiff. Lot's of cliches. I had higher hopes for this story. I'll avoid this narrator in other books.