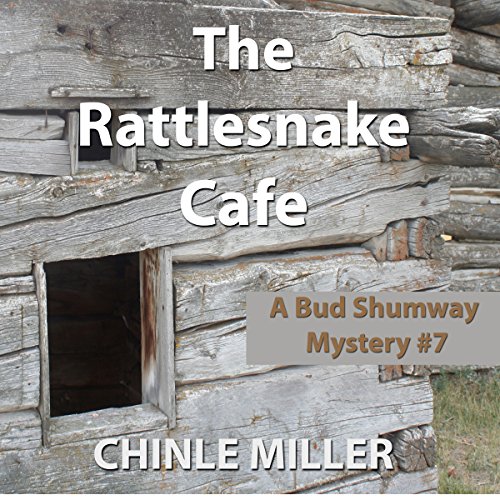 When ex-sheriff and watermelon farmer Bud Shumway agrees to help out his friend, Sheriff Hum Stocks, as a deputy for the winter, he never guesses he'll soon be deep in the rugged and wild Dolores Triangle, trying to solve not only the mystery of a skeleton wearing knee boots, but also the murder of rattlesnake-hunter and wannabe rodeo clown, Chicken Bottoms.

Set in the Dolores Triangle, that area defined by the Colorado-Utah border and the Colorado and Dolores rivers, this mystery will have you mystified and on edge as you follow Bud as he dodges invisible black-ops choppers and deals with friendly bullsnakes, dangerous rattlesnakes, a retired game-show host, rivers that rise without warning, a mule named Otis, a secretive Air Force officer who's a possible imposter, and a young filmmaker making a documentary about his rocketeer friend.

All this, along with learning to ballroom dance, a skeleton that disappears into thin air, and a body wearing Hello Kitty slippers, and you'll soon see why Bud wishes he'd never set foot in the Rattlesnake Cafe on the mysterious Dolores Triangle.

And of course, back home in Green River, Bud's bumbling replacement, Sheriff Howie, is never far away, as long as he has a phone and can call for advice on everything from dealing with train wrecks to his first police sting in the nearby state park campground.

In any case, you'll find out who really killed Chicken Bottoms, and it may not be who you think.

What listeners say about The Rattlesnake Cafe

no cussing, graphic violence, or sex. Just a fun mystery with quirky and likable characters.

Shumway and crew are back

I just love this series. For a guy who just wants to be a farmer, he sure get himself into and out of some weird situations.

Chinle Miller has a very creative mind, and the Bud Shumway series is proof of this. I have enjoyed this series since the first book and look forward to the next in the series. If you're a fan of cozy mysteries then this series is for you.