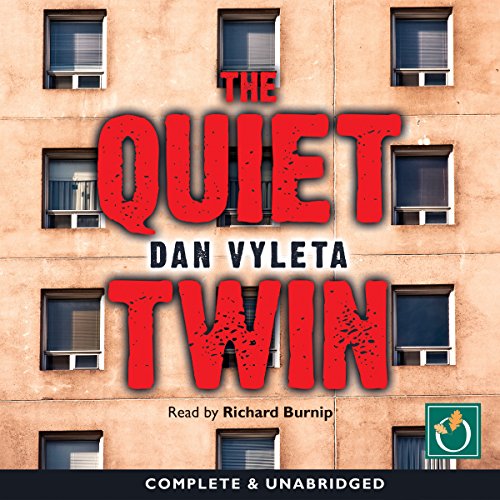 Vienna, 1939. Professor Speckstein's dog has been brutally killed and he wants to know why. When an unexpected house call leads Doctor Beer to Speckstein's apartment, he finds himself in the bedroom of Zuzka, the professor's niece. Wide-eyed, flirtatious, and not detectably ill, Zuzka leads the young doctor to her window and opens up a view of their apartment block that Beer has never known. Does one of these enigmatic neighbours have blood on their hands?

"the novel pungently recreates the noxious ethos in which [Nazism] flourished" (Sunday Times)
"A provoking thriller in which nobody is what they seem" (Daily Telegraph)
"Vyleta's subtly engaging thriller is tense with violent acts that are, perhaps above all else, a manifestation of the era's anxieties" (Independent)

Not as good as Pavel and I

I did like the epilogue which was a little unexpected. There were some twists and turns in the story but it didn't really involve me.

If you’ve listened to books by Dan Vyleta before, how does this one compare?

I loved Pavel and I - I rate it as one of the best books I have read but I found this a disappointment.. In some ways the story was similar - set in Germany with a backdrop of the 2nd World War and the story line was dark and a little macabre. But it seemed a poor pastiche. Perhaps it shouldn't have had Richard Burnip as the reader. His phrasing and tones echoed Pavel and I too closely and I kept expecting the stories to morph together. Perhaps it would have been better if I had read this first then I wouldn't have had such a high standard to set it against.

Do you think The Quiet Twin needs a follow-up book? Why or why not?

No. I think the epilogue makes certain there won't be one.

If you like black humour read Pavel and I.