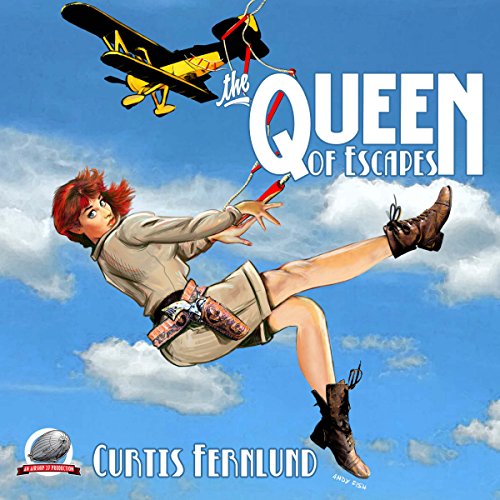 The Queen of Escapes

The Queen of Escapes

The year is 1935. After a decade of fame as the Queen of the Serials, Hollywood actress Gloria Swann is dismayed to see her box-office numbers dwindling with each new production. Desperate to reclaim her popularity, she bankrolls her own film project - an over-the-top jungle adventure to be shot on location in the wilds of the Amazon rainforests of Brazil.

After the crew and cast arrive at their isolated destination, a series of accidents occurs, threatening the lives of several of the players. The main target of these unexplained mishaps is Swann's younger stunt double, Angela Morgan. She suspects there are evil forces lurking in the jungle that threaten their safety. Her only ally in this belief is veteran stunt coordinator Karl Braun. When Gloria Swann mysteriously disappears, Angela may be the only hope the Queen of Escapes has to survive.

Writer Curtis Fernlund's homage to the classic film serials of yesterday is a rousing, fast-paced adventure that speeds from one danger-filled cliffhanger to the next. Andy Fish captures all the fun in his gorgeous cover painting, packaged and designed by Rob Davis.