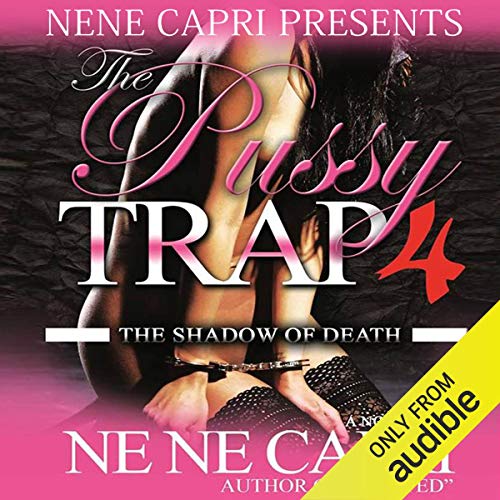 When blood is no longer thicker than water, KoKo and Kayson will risk all that they have built to settle the treachery of the past.

Corruption and jealousy seep into the core of the organization, causing formed alliances to shatter and trust and love to waiver. Only time will tell if the search for truth will uncover more deception than either of them can handle.

With all of the demons that surface and threaten to destroy their undying love, will KoKo and Kayson be able to remove the boundaries growing between them, or will the secrets revealed ultimately put them on opposite sides of each other's unforgiving trigger?

Sometimes the Pussy Trap set for an enemy strikes harder on the one who set it.

What listeners say about The Pussy Trap 4

I Loved it!!! NeNe Capri is a Beast!! And Mr. Gates is a great narrator as well! Kayson and KoKo are great together! ❤

My one of my favorite books. A lot of twists and turns. Great Plot, Great story line, great mystery
Great Reads.

KoKo is more lukewarm than hot

I wish there was a family tree or something because I was confused. There were so many different people popping up from the past that I couldn't tell who was who.

If you’ve listened to books by NeNe Capri before, how does this one compare?

The first two books were great, the third was okay, but this one watered KoKo down so much. She started off as the same old girl all hardcore and although she respected Kayson she did her own thing, but by the end of the book it seems like she was p-whipped by the 'enforcer' so much that she turn into this very clingy type female and I just lost all respect for her. KoKo lost that fire and let Kayson pretty much cowed her into submission.

Do you think The Pussy Trap 4 needs a follow-up book? Why or why not?

No, not even if KoKo and Kayson kids take over the empire.

This was not what I expected

This book was the worst. It took long too get to the action, too many unnecessary sex scenes and no real meaning. There are to many misrepresentation. KoKo was supposed to kill Boa’s mother in book 2, but now she is alive and ruthless. There’s no thought-out plot or strategy. This book was rushed. Goldie death really? How? They were in a secured placed with all these highly skilled bodyguards and they managed to abduct them. This was really a waste of my time. I will not be reading more of her books.

I really enjoyed the first 3 books they were engaging and kept my interest so much so I finished the first 3 in a week. Book 4 started off really good, but the ending could've been better. It was like you had to hurry up put something together. I felt there was no real thought put into it. Unfortunately I feel that you dropped the ball with ending to this series. This is why I scored it so low. I would recommend this series.

The story line was great! Loved the narrator's voice. I recommend this series. Strong woman....stronger man.

I have enjoyed the series. I have listened to all four books. I hope there is a fifth book. Keep up the good work.

Definitely worth the wait!

I'm have listened to it twice so far. The only sad part is knowing this maybe the last book. The narrator is always amazing!

loved all 4 books. great storyline. .. awesome author. .. kept me in suspense from beginning to end.

Too hot to put down! an all-nighter

Easy to visualize, truly took me there, and the voice of the narrator is amazing!