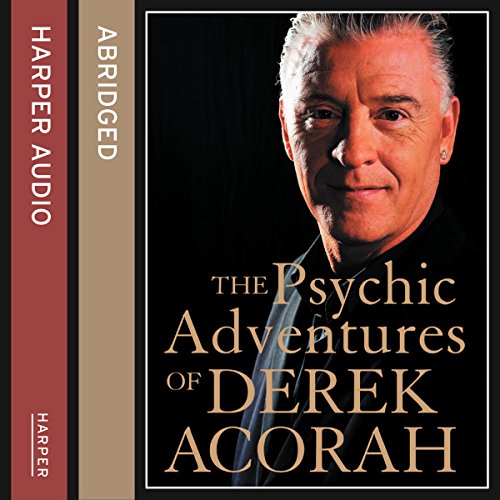 The Psychic Adventures of Derek Acorah: TV's Number One Psychic

The UK's number-one TV psychic Derek Acorah tells of his experiences with the spirit world, from his one-to-one readings and consultations to international performances and renowned investigations for Living TV's Most Haunted.

Derek Acorah is one of the UK's best-known psychics, with several regular television shows on the Living TV channel: the hugely successful Most Haunted, Celebrity Most Haunted and Psychic Live. In this book he tells amazing tales of his countless psychic experiences, from public performances to personal readings.

Includes exclusive details of Derek's extraordinary communications with some of Britain's more notorious spirits - a phenomenon often witnessed by thousands of television viewers during his investigations into reputedly haunted historical sites for Living TV.

"Derek is the model of the modern medium." ( The Guardian Weekend)
"Acorah is regarded by some as the most inspirational living medium in the UK." ( Independent)
"Derek [is] now the country's best-known ghost hunter." ( The Sun)

What listeners say about The Psychic Adventures of Derek Acorah: TV's Number One Psychic