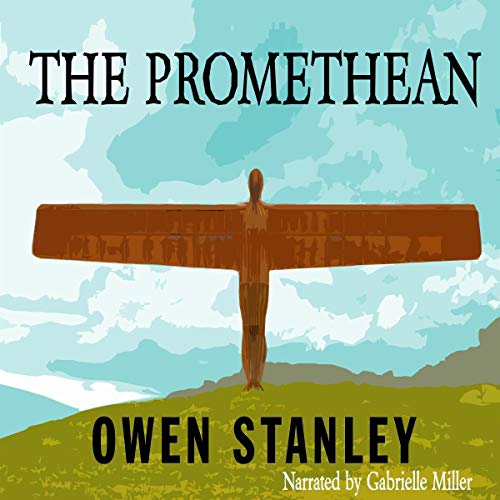 The Promethean is an amazingly funny novel exposing the utter insanity of modern academia and the world of technology. An extraordinary tale of ambition, social justice, and human folly, it combines the mordant wit of W. Somerset Maugham with a sense of humor reminiscent of P.G. Wodehouse.

When American billionaire Henry Hockenheimer discovers that conquering the corporate world is no longer enough for him on the eve of his 40th birthday, he decides to leave his mark on the world by creating the first Superman, a robot as intellectually brilliant as it is physically capable. But his ideas are thwarted on every side by the most brilliant minds of the academic world, from the artificial-intelligence researcher Dr. Vishnu Sharma to the wheelchair-bound head of the Diversity and Inclusion Committee of Her Majesty's Government's Bio-Engineering Research Fund, Nkwandi Obolajuwan, and, of course, Dr. Sydney Prout, formerly of the United Nations, now special adviser on human rights to the European Union.

And when Hockenheimer succeeds, despite all of the incredible obstacles placed in his way, he discovers that success can be the cruelest failure of all.

Author Owen Stanley is an Australian explorer, a philosopher, and a poet who speaks seven languages. He is at much at home in the remote jungles of the South Pacific as flying his Staudacher aerobatic plane, deep-sea diving, or translating the complete works of Charles Darwin into Tok Pisin.

The idea behind the story is good but it was too hard to listen to because the Australian narrator does not lend and enthusiasm or excitement to the telling (very monotone) and kept misspronouncing words like Islay whiskey and tenure, and completely failed to deliver the lines from the Scottish professor. I find it a very strange choice to use an Australian narrator for a very British book. I feel I may go and read the book myself rather than struggle on with this audio version. I gave up at chapter 16.

Witty story. Unfortunately the narrator appeared to have limited understanding of either the vocabulary, humour or punctuation of this tale which really detracted from an otherwise cracking book.

This book is one that will leave you with your drink going up your nose.

Better than I thought

I received this as a gift and would not have purchased it myself. It took a little while to get use to the narrator’s voice but the story told was brilliant. I think the author is on point with his assessment of the logical end of social justice and victim hood mindset. I also enjoyed the reaction of all involved to Frank’s cognitive dissidents.