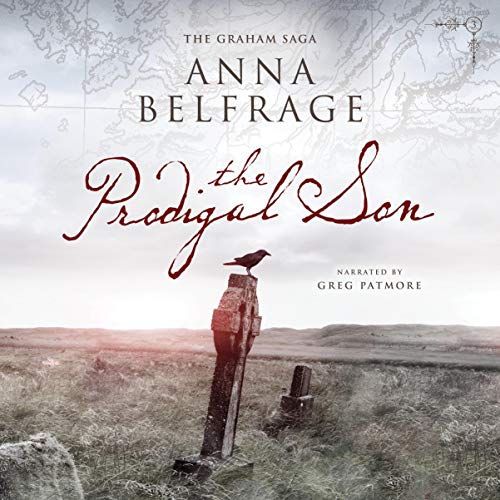 Safely returned from an involuntary stay in Virginia, Matthew Graham finds the Scottish Lowlands torn asunder by religious strife. His Restored Majesty, Charles II, requires all his subjects to swear fealty to him and the Church of England, riding roughshod over any opposition. In Ayrshire, people close ranks around their evicted Presbyterian ministers. But disobedience comes at a high price, and Alex becomes increasingly nervous as to what her Matthew is risking by his support of the clandestine ministers - foremost amongst them the charismatic Sandy Peden.

Privately, Alex considers Sandy an enervating fanatic and all this religious fervour is incomprehensible to her. So when Matthew repeatedly sets his faith and ministers before his own safety, he puts their marriage under severe strain. The situation is further complicated by the presence of Ian, the son Matthew was cruelly duped into disowning several years ago. Now Matthew wants Ian back and Alex isn’t entirely sure this is a good thing. Things are brought to a head when Matthew places all their lives in the balance to save his dear preacher from the dragoons. How much is Matthew willing to risk? How much will he ultimately lose?

What listeners say about The Prodigal Son

Beautiful Historical Fiction You Can Rely On

I would like readers to know that this is my review of the audible version.
Whats it about?
21st century woman living in the 17th century with her husband and children. In the previous books, we saw Alex fall through a gash in time caused by a massive electric storm. It might seem a little unrealistic but the author makes you feel as though it's perfectly reasonable for someone to fall through time as if it happens all the time! How does Alex adapt to 17thc life and how does Matthew cope with a woman he loves who has very strange ideas about what a woman she be like. the result is a sort of meeting in the middle and this becomes their strength as a couple that will enable them to cope with the dangers that their circumstance will see them faced with.

This is the third book in the Grahame saga which is both a timeslip and historical drama.
Well what can i say, Ms Belfrage has done it again.

The story - A well plotted tale that stands alone but is part of a series and can be read as both. It moves along with perfect pace, it curves and plunges, curves and plunges and keeps you on your toes and it evokes such emotions in me I can't tell you how I cried when a tragedy got to me. Ms Belfrage has the exceeding talent to get into the minds and feelings of her characters so that as the reader you can't avoid absorbing the characters experiences as though it was all happening to you.

The characters - No one does characterisation like Ms Belfrage. They are not only human, they are you and by the end of the book you will feel as though you have gone through the ringer with all the ups and downs. Where else in a book could you ever feel grief, hatred, anger, happiness, love and lust as if it these were your own experiences. This book evokes such empathy and understanding within you on so many levels and I love the way that Alex, the main character inserts her very modern (this is a timeslip story) views in a historical setting and the effect they have on the 17thc characters she shares her world with.

The narrator - Greg Patmore is amazing. He is probably the best narrator I have ever hear read an audio. No accent seems to be a problem for him and he switches from one to another seamlessly making you forget there is only one person reading all. His acting is amazing, and he really does the book justice. My only gripe is that I don't like his portrayal of Alex. I find it too nasal and overwrought, however that is just a taste thing and am sure that this would not bother anyone else. Despite this one flaw, the narrator makes up for it in his ability to make the characters leap out of the book and stand before you. If i could, I would choose him to read a book of mine! He is simply superb.

I truly recommend that if you enjoy timeslip where the character goes back in time and stays there, then this is for you. If you enjoy books that are set in 17thc Scotland, books that set you on the edge of your reading couch, make you cry, laugh and angry in one day, then this is for you. The book or the audio are simply superb.
The thing I most like about the books of this particular author is there is always going to be a fantastic journey that wont dissapoint. Ever.
If you haven't got into these books yet, then you are missing out!