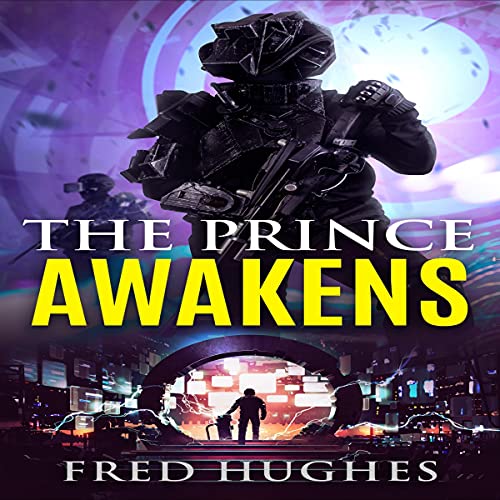 By: Fred Hughes
Narrated by: Paul Casselle
Try for £0.00

Hazard King had always wanted to be an Imperial Fleet officer, just like his father. That was always going to be complicated since he was a prince of the Realm. Complicated turned into almost impossible when the empress is attacked. What is a simple lieutenant supposed to do with his mother in a coma, a seemingly invincible enemy on the offensive, a darkness from the past stirring, and his paranoid older brother trying to assassinate him?

The lieutenant remembers his oath and with a former spy, a handful of Marines, his uncle, and most importantly, his father, decides to defend the Empire from all enemies, whether foreign or domestic.

What listeners say about The Prince Awakens

While the plot line (Royal goes into navy and has to save both the monarchy and the world) is older than science fiction itself, this is just a lot of fun. The main character has enough self-awareness to make him interesting--and the antagonists (both human and otherwise) are nicely evil. There have been several long and highly successful series based on these premises, and I hope that Mr. Hughes keeps it up.....and uses his own naval experience to push the actual military activities further.

A fine Read about life well into the future

The Prince Awakens was a very pleasant surprise. I was not familiar with Fred Hughes work. He wrote a great story about how life might operate in the future. Well into the future a couple thousand years from now. His knowledge of how naval operations take place provide a keen sense of how a fleet of space craft would operate in a universe that is much larger than our earth bound perspectives. The story has all the elements that make a novel intriguing. There is love, danger, political intrigue and military tactics. Mr. Hughes attention to detail gave the book a very realistic angle. The Audible version of the book was read by a very solid voice that brought out the intensity and energy of the writing. I really enjoyed The Prince Awakens and look forward to his next work.