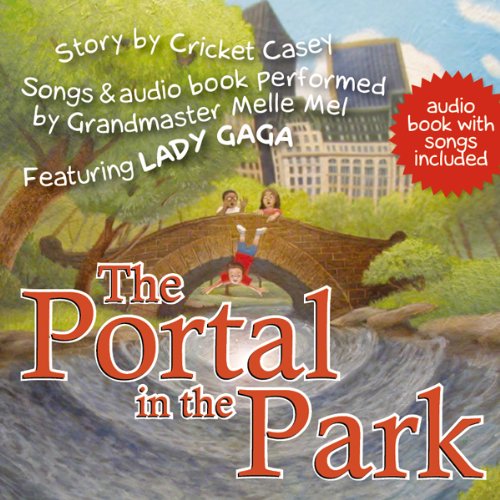 The Portal in the Park

The Portal in the Park is a modern day Siddhartha with an urban multicultural edge for a multitasking generation of young listeners ages 6 to 10. It is a musical fantasy adventure that takes its 11-year-old hero - hero and audience - into another dimension, a world where magical creatures introduce the boy to new awakenings of his body and mind.

It tells the story of Scott, a typical bored 11-year-old boy, who one afternoon, while playing with his friends in Central Park, leans too far over the bridge and tumbles off unexpectedly into a magic portal that leads him into another world where he meets frightening creatures who attempt to destroy his spirit with their negative energy and attitudes. Futher on his journey, he encounters other magical creatures who, in dialog and song, teach Scott about positive feelings, managing his emotions, self-discipline, and the value of exercise. As good and evil battle each other, Scott experiences a personal transformation.

Returning to the real world, he is a changed boy with new, healthier values, and a happier attitude. This is a fictional tale that is brought to life with music and songs that move children in a new direction of holistic literature, using both right brain and left brain to help them Read, Rap and Remember.

NOTE: The audiobook consists of narration of the story plus seven original songs, performed by Grandmaster Melle Mel and two songs featuring Lady Gaga. This interactive book reads to the class, teacher, kids, or family members while they can all sing-a-long. It is geared to elementary school age children 6 to 10 years of age.

"Grandmaster Melle Mel has done it again! Melle Mel and Casey have written and produced a read and rap fable with a new Message for our youth through story and hip-hop songs, to help kids choose the right path of activity not passivity. Read 'n' rap with your kids and join Melle Mel and Lady Gaga as they give Grammy-worthy performances. It's The Message that counts and Melle and Casey are our kind of messengers for the future." (Quincy Jones)

What listeners say about The Portal in the Park