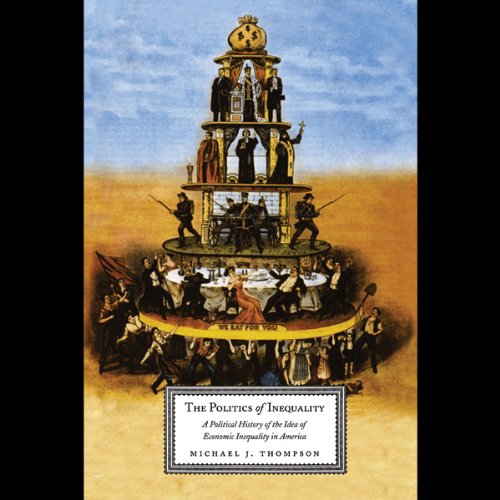 The Politics of Inequality

By: Michael J. Thompson
Narrated by: David Stampone
Try for £0.00

Since the early days of the American republic, political thinkers have maintained that a grossly unequal division of property, wealth and power would lead to the erosion of democratic life. Yet over the past 35 years, neoconservatives and neoliberals alike have redrawn the tenets of American liberalism. Nowhere is this more evident than in our current mainstream political discourse, in which the politics of economic inequality are rarely discussed.
©2008 Columbia University Press (P)2008 Columbia University Press
United States Economic History Macroeconomics Political Science Poverty & Homelessness
Show More Show Less

"Thompson provides a great service in revisiting - and reviving - the tradition of seeing extreme economic inequality and democracy as incompatible." (Daniel Brook, The Nation)
"[A] sweeping intellectual history... Recommended." (CHOICE)

What listeners say about The Politics of Inequality

You will be surprised by the lack of examples

The topic was (and still is) interesting to me. One of the reviewers in the book's promotional statement said that the book is "[A] sweeping intellectual history ... " There was only one Amazon reviewer, but that individual gave the book a 5-star review. So, based on those two endorsements, I bought it.

After listening to 5 of the 9 hours, I have been surprised that there were relatively few historical examples. Lots of "everybody back then" kind of statements, but very little content.

I would give the book four stars because of the value of the topic. But, I would give it one star (or zero stars) for the persuasiveness of the research. There simply has not been enough historical evidence provided in the first 5 hours to warrant someone calling it "sweeping intellectual history". Maybe there is more in the last 4 hours.