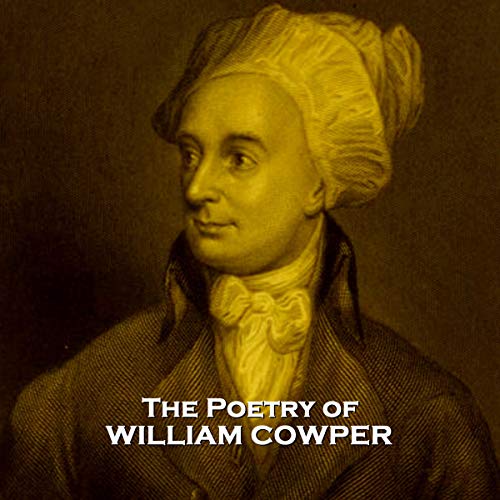 The Poetry of William Cowper

William Cowper was born 26th November 1731 in Berkhamsted, Hertfordshire. Traumatically he and his brother, John, were the only siblings, out of seven, to survive infancy. His mother died when he was six.

His education, after several temporary schools, was stabilised at Westminster school. Here he established several lifelong friendships and a dedication to Latin. Upon leaving he was articled to a solicitor in London and spent almost a decade training in law.

In 1763 he was offered a Clerkship of Journals in the House of Lords. With the examinations approaching, Cowper had a mental breakdown. He tried to commit suicide three times, and a period of depression and insanity seemed to settle on him. The end of this unhappy period saw him finding refuge in evangelical Christianity, becoming the inspiration behind his much-loved hymns.

This led to a collaboration with John Newton in writing Olney Hymns.

However, dark forces were about to overwhelm Cowper. In 1773, he experienced a devastating attack of insanity, believing that he was eternally condemned to hell and that God was instructing him to make a sacrifice of his own life. With great care and devotion, his friend Mary Unwin nursed him back to health.

In 1781 Cowper had the good fortune to meet a widow, Lady Austen, who inspired a new bout of poetry writing including what some have considered his most substantial work, The Task.

In 1786 he began his translations from the Greek into blank verse of Homer's The Iliad and The Odyssey. These translations, published in 1791, were the most significant since those of Alexander Pope earlier in the century.

Mary Unwin died in 1796, plunging Cowper into a gloom from which he never fully recovered, though he did continue to write.

William Cowper was seized with dropsy and died on 25th April 1800.

What listeners say about The Poetry of William Cowper