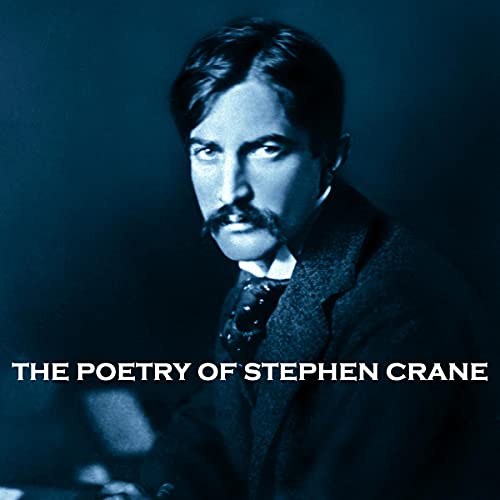 The Poetry of Stephen Crane

By: Stephen Crane
Narrated by: Danny Swopes,Ghizela Rowe
Try for £0.00

Stephen Crane was born 1st November 1871 in Newark, New Jersey, and was the eighth surviving child out of 14. Incredibly, he began writing at the age of four and was published several times by the age of 16.

Crane only began a full-time education when he was nine but quickly mastered the grades needed to catch up and move forward. Although educated at Lafayette and Syracuse, he had little interest in completing university and was keener to move on to a career, declaring college to be ‘a waste of time’. By 20, he was a reporter and two years later, had published his debut novel Maggie: A Girl of the Streets. In literary circles, this was hailed as the first work of American literary naturalism.

Two years later, in 1895, he was the subject of worldwide acclaim for his Civil War novel, written without the benefit of any actual war experiences, The Red Badge of Courage. It was indeed a masterpiece and his finest hour. A year later, life began its downwards descent when he became embroiled in a scandal which was to doom his career. In attempting to help a suspected prostitute being falsely charged by a policeman, he became the target of the authorities.

Later the same year, en-route to Cuba as a war correspondent, he met hotel madam Cora Taylor in Jacksonville, Florida. This was to become the defining relationship of his life. Continuing his journey, somewhere between Florida and Cuba, his ship sank, and he was cast adrift for several days. Rescued, he returned to cover conflicts wherever they were situated, some as far away as Greece. For a time, he lived in England with Cora, usually beyond their means, befriending fellow writers such as H. G. Wells and Joseph Conrad.

His poems, predominantly short and abstract, display another facet of his talent which questions, advises and presents his audience with much to contemplate. Some are difficult to engage with, but with the effort comes the reward. In declining health and beset by money problems, Stephen Crane died of tuberculosis, aged a mere 28 on 5th of June 1900, at Badenweiler, Germany. He is buried in New Jersey.

What listeners say about The Poetry of Stephen Crane