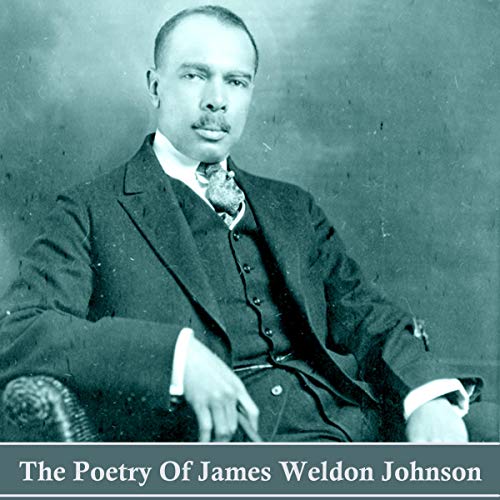 The Poetry of James Weldon Johnson

James Weldon Johnson was born in Jacksonville, Florida, on 17th June 1871. His mother, Helen, a musician and a public school teacher, initially home-schooled him, giving him a love of both English literature and European music.

At 16, his education moved to Atlanta University, and he graduated with a degree in 1894.

In 1904 Johnson helped in Theodore Roosevelt's presidential bid. On winning, Roosevelt appointed him as US consul at Puerto Cabello, Venezuela, in 1906 and then Nicaragua from 1909.

Johnson worked for the NAACP from 1916 as a field secretary, organising local chapters. To counter race riots and lynchings, he organised mass demonstrations, such as a silent protest parade of more than 10,000 African Americans down New York’s Fifth Avenue in July 1917.

In 1920 Johnson was elected to manage the NAACP, the first African American to hold this position. That same year he was dispatched to monitor conditions in Haiti and described in The Nation the brutal occupation and also offered remedies. During the 1920s, he was one of the major inspirations of the Harlem Renaissance

In the midst of all this he continued to write novels, poems and folklore. In 1917, he saw published 50 Years and Other Poems. In 1922, he edited The Book of American Negro Poetry, which the Academy of American Poets calls 'a major contribution to the history of African-American literature'. In 1927 followed God's Trombones: Seven Negro Sermons in Verse.

One of the first African American professors at NYU, he was also later a professor of creative literature and writing at Fisk University. His career spanned several elements; education, the diplomatic corps, civil rights activism, literature, poetry and music.

James Weldon Johnson died on 26th June 1938 whilst vacationing in Wiscasset, Maine, when his car was hit by a train.

What listeners say about The Poetry of James Weldon Johnson