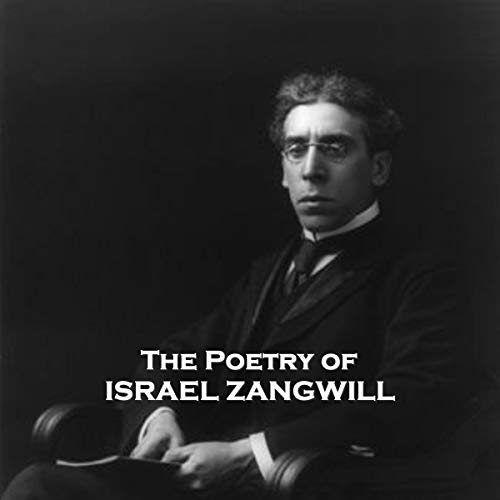 The Poetry of Israel Zangwill

Israel Zangwill was born in London on 21st January 1864, to a family of Jewish immigrants from the Russian Empire.

Zangwill was initially educated in Plymouth and Bristol. At age nine he was enrolled in the Jews' Free School in Spitalfields in east London. Zangwill excelled here. He began to teach part time at the school and eventually full time. Whilst teaching he also studied with the University of London and by 1884 had earned his BA with triple honours in philosophy, history, and the sciences.

His writing earned him the sobriquet ‘the Dickens of the Ghetto’ primarily based on his much-lauded novel Children of the Ghetto: A Study of a Peculiar People in 1892 and its glimpse of the poverty-stricken life in London's Jewish quarter.

As a writer he was keen to reflect on his political and social outlooks. His simulation of Yiddish sentence structure in English aroused great interest. His mystery work, The Big Bow Mystery (1892), was the first locked-room mystery novel.

Zangwill was also involved with narrowly focused Jewish issues as an assimilationist, an early Zionist, and later a territorialist. In the early 1890s he joined the Lovers of Zion movement in England. In 1897 he joined Theodor Herzl (considered the father of modern political Zionism) in founding the World Zionist Organization.

Zangwill quit the established philosophy of Zionism when his plan for a homeland in Uganda was rejected and founded his own organisation: the Jewish Territorialist Organization. Its stated goal was to create a Jewish homeland in whatever territory in the world could be found for them.

Amongst the challenges in his life he found time to write poetry. He had translated a medieval Jewish poet in 1903, and his volume Blind Children in 1908 was well received.

The Melting Pot in 1909 made Zangwill’s name as an admired playwright. When the play opened in Washington, DC, former president Theodore Roosevelt leaned over the edge of his box and shouted, "That's a great play, Mr. Zangwill, that's a great play".

What listeners say about The Poetry of Israel Zangwill