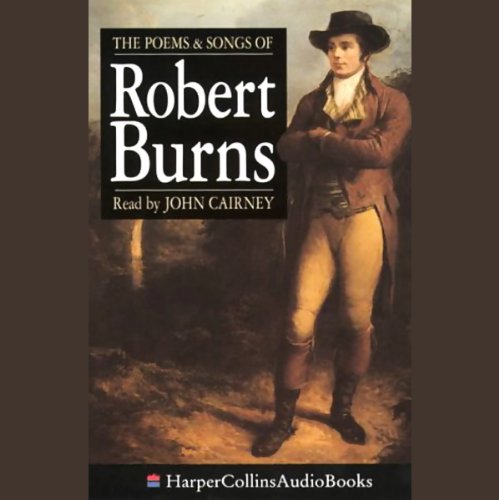 The Poems and Songs of Robert Burns

By: Robert Burns
Narrated by: John Cairney
Try for £0.00

The poetry of Burns (1759-96) is characterised by its disarming honesty and humanity, and by the poet's remarkable lyric gift. Angry or compassionate, sentimental or satirical, romantic or bawdy, Burns's poetry transcends the Scottish dialect in which it is written to speak to all of us.

This new, specially commissioned recording offers a wide-ranging choice of Burns's songs and lyrical poems; and longer poems such as "Tam o'Shanter" and "The Cotter's Saturday Night" are also included in their entirety. All are read by John Cairney, world-famous for his many stage and television performances of the life and work of Scotland's national bard.

Lovers of Burns's poetry will find much to enjoy in this selection, which also provides an extensive introduction for those as yet unfamiliar with his work.

What listeners say about The Poems and Songs of Robert Burns

Although a Scot, I had never bothered with Burns until now. I would recommend this audio book if only for the delivery. Excellent I cannot say more.