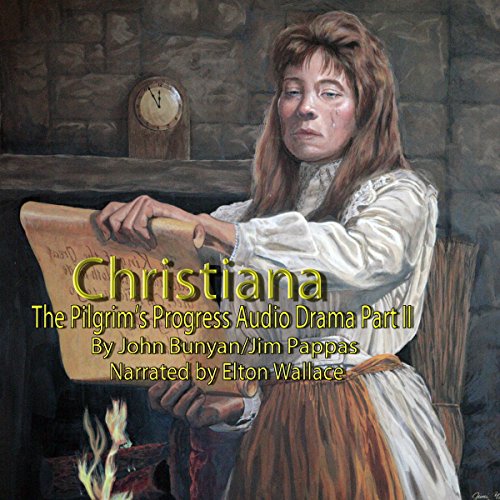 Fans of The Pilgrim's Progress Part I will be delighted to learn that Christian's wife and four sons repent of their former hardness of heart and set out after after their father in quest of The Celestial City.

However, in this pilgrimage there are six pilgrims rather than one and added to all the new circumstances to be encountered along the way create a totally new mix.

Stir in a little romance, three extra giants, several moments of heroic faith and familial tenderness, and you'll understand why some claim to like Christiana even better. However, we're confident that you'll join them in declaring this production to be the most listener-friendly dramatization of John Bunyan's immortal sequel anywhere on planet earth.

Originally published over 300 years ago in 1684, Christiana has never been out of print and has been translated into over 200 languages.

This production of Christiana has been scripted for ease of listening by Jim Pappas and is narrated by the late Elton Wallace. The voice of Christiana was masterfully interpreted by Linda Pappas with Howard Clemens voicing the part of Great-heart. Musical backgrounds were created by Jeff Wood and John Johnson to complement the vocal interpretations of 56 skilled interpreters.