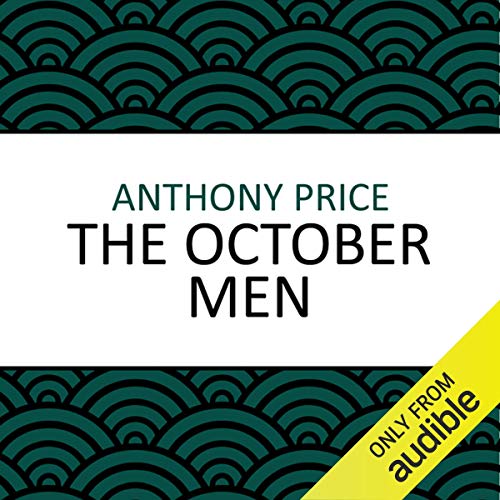 By: Anthony Price
Narrated by: Simon Schatzberger
Try for £0.00

In the fourth title of Anthony Price's gripping spy series, British Intelligence officer David Audley slips away to Italy without authorisation, taking his wife with him. Immediately the suspicion arises that he may have defected, and the head of Italian security also becomes interested in his arrival, particularly as it has flushed from cover a rogue communist.

But Audley has his own reasons for leaving Britain, in an investigation that becomes a matter of life or death.

What listeners say about The October Men

I got into Anthony Price a good few years ago, but probably after the early ones had gone out of print. I am really glad that Audible has chosen to issue them as audiobooks.

Right, This is "classic Audley"... you really don't know what the man is up to until you've "read" it. In this book, particularly, the narrator has done an excellent job. The accents are good, the voices are solid and certainly match my view of the recurring characters. A really good job!

Builds on a great series.

The story has twists and mysteries worthy of LeCarré.
The reader is good. My only criticism is of the Italian. When the characters speak in English the accent makes them sound like music hall Italian waiters. One expects a native English speaker to keep his accent when speaking Italian (I know I do) but one should at least keep the stresses in the right place. The mispronunciation of pubblica sicurezza was painful. The accent should be on the first
syllable as in the English word public. Sorry to be pedantic but I am looking forward to the next in the series.