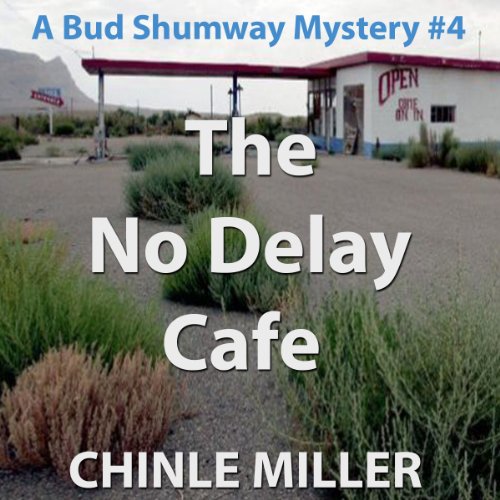 The No Delay Cafe

The No Delay Cafe

An old rock hound has been killed in Utah’s wildlands, and ex-sheriff,Bud Shumway, knows it has something to do with the black-market dinosaur bones, even though his bumbling replacement, Sheriff Howie, thinks it might have something to do with aliens. Then, after receiving a mysterious envelope containing a weird claw and a set of coordinates written on roll-your-own cigarette paper, Howie is determined to prove himself a capable sheriff, especially since he’s been accused of having a million-dollar voice and a ten-cent brain.

Set at the No Delay Cafe, near the wild and mysterious badlands of Green River, Utah, this mystery will have you laughing, scared to death, and wondering if aliens might really exist.... Add in a whacky UFO sect, the cafe owner’s missing wife, a cantankerous and suspicious pilot, and a burned-out mechanic who takes his dogs four-wheeling in a Crown Victoria, and there’s never a dull moment.

In any case, you’ll find out who really killed the old rock hound, and it may not be who you think.

This is Book 4 in the Bud Shumway Mystery Series.