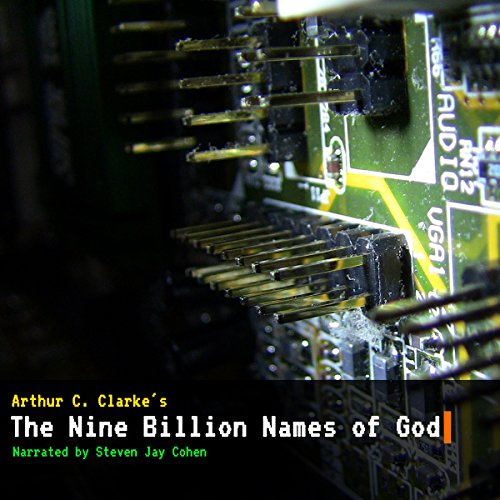 The Nine Billion Names of God

Words have power. Some words have more power than others. So when a group of monks seek to enlist modern technology in their quest to list all nine billion names of god, there is no telling what may happen.

Arthur C. Clarke walks the line between science and mysticism in this thought-provoking tale. The story was selected in 1970 by the Science Fiction Writers of America as one of the best science fiction short stories published before the creation of the Nebula Awards. It was published in The Science Fiction Hall of Fame, Volume One, 1929-1964. In 2004, it won the retrospective Hugo Award for Best Short Story for the year 1954.

What listeners say about The Nine Billion Names of God

Awesome classic sci-fi with a very good narrator. In the true style of philosophical/speculative sci-fi.