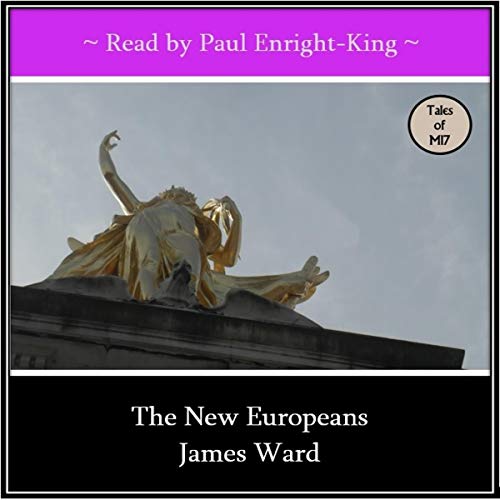 London, 2016, and the lead-up to the EU referendum. The liberal consensus in Europe is breaking down and no one knows exactly what will replace it. As always, there are those with an eye to the main chance.

In the course of investigating the disappearance of a prominent Eurosceptic MP, MI7 agent John Mordred finds himself under hostile scrutiny from obscure figures within his own organization. It quickly turns out that his investigation and theirs may not be entirely independent of each other.

Behind all the intrigues, arguments, and accusations, much greater, darker forces are coming into play. Forces whose existence hardly anyone suspects. Yet. And the stakes are high enough to make even MI7’s best agent dispensable.

Set (and written) in the run-up to the 2016 UK referendum on EU membership, The New Europeans deals with the shifting global power-balance in the second decade of the 21st century.

What listeners say about The New Europeans

Just when I feel there are no really good mysteries left for me, Audible surprises me with "a 5." This book is so much fun to listen to with its very good narratorv, excellent author....humor....as well as straight up fascinating story line. Here I learned Britain has a magazine, Private Eye, a satirical and current affairs whirlwin, see .Wkiipedia. Look it up. How could I have missed this author? I believe this is a stand alone part of a series. Hooray, more of these creattions..