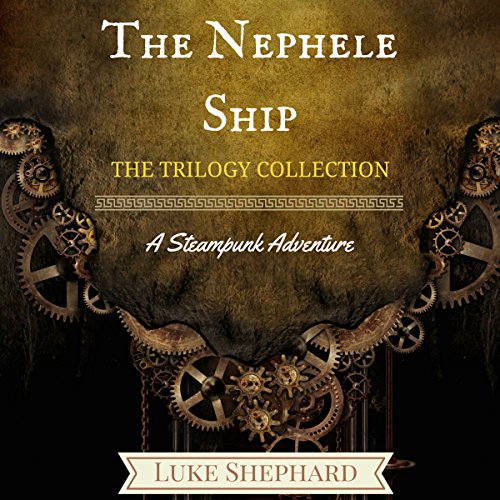 The Nephele Ship: The Trilogy Collection

The Nephele Ship: The Trilogy Collection

The complete collection of The Nephele Ship series!

This boxed set includes all three volumes. Follow the crew of the Nephele Ship through:

Volume One - The Frozen Workshop:

After a catastrophe that covered half the world in inhospitable ice, a team of treasure hunters finds a lead about a mysterious workshop said to contain miraculous and wondrous inventions that could be worth fortunes.

When the rival guild of archaeologists known as Antimony Eye turns their attention on the same workshop and will do anything it takes to get there first, Captain Austin Strallahan and his crew must think quickly and act even quicker to assure their arrival at the workshop before the Eyes, who seem to know something more about this stash than the captain does...

Will the Nephele Ship reach the treasure in time?

Captain Strallahan and the crew of the Nephele have arrived at the mythical workshop, but when they go inside, they will find much more than just dolls! Steam-powered automatons, human-sized dolls, and even something that might not belong to this world, all await them in the bowels of this madman's sanctuary.

Will they be able to escape with the greatest treasure - their lives? Will the Nephele and its crew survive?

Captain Austin Strallahan of the airship Nephele is not a hero, under normal circumstances. Faced with a disaster that could wipe life off the planet, though, he has no choice but to take his crew and meet it head-on! In the frozen workshop they met the fire-beasts, who have caused the whole problem. With a little help from an enemy and the appearance of an unexpected ally, they might just succeed in saving the world.

But, will they live to tell the tale? Find out in the finale of the Nephele Ship trilogy!