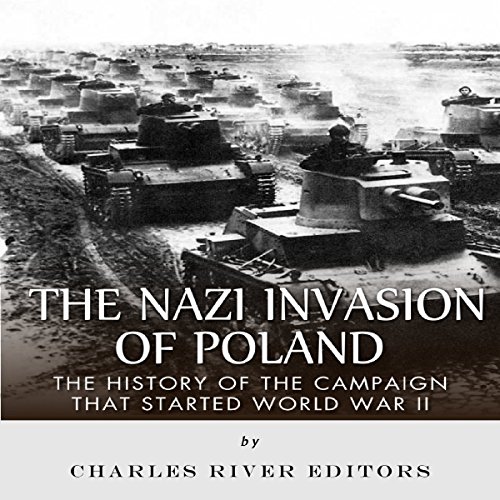 The Nazi Invasion of Poland: The History of the Campaign That Started World War II

The Nazi Invasion of Poland: The History of the Campaign That Started World War II

"The object of the war is...to physically destroy the enemy. That is why I have prepared, for the moment only in the East, my 'Death's Head' formations with orders to kill without pity or mercy all men, women, and children of Polish descent or language. Only in this way can we obtain the living space we need." (Hitler, August 1939)

Throughout 1938 and 1939, conflict broke out across Europe after the social and economic disorder brought about by World War I helped the Nazis rise to power in Germany. In 1937, Adolf Hitler declared the Treaty of Versailles void and began aggressively annexing parts of the European continent. Europe's attempts to appease him, most notably at Munich in 1938, failed as Nazi Germany swallowed up Austria and Czechoslovakia by 1939. Italy was on the march as well, invading Albania in April of 1939. The straw that broke the camel's back, however, was Germany's invasion of Poland on September 1 of that year. Two days later, France and Great Britain declared war on Germany, and World War II began in earnest.

Of course, as most people now know, the invasion of Poland was merely the preface to the Nazi blitzkrieg of most of Western Europe, which would include Denmark, Belgium, and France by the summer of 1940. The resistance put up by these countries is often portrayed as weak, and the narrative is that the British stood alone in 1940 against the Nazi onslaught, defending the British Isles during the Battle of Britain and preventing a potential German invasion.

A clear, concise, treatment of the invasion.

Finished the work in one day. It gave you the big picture of the action but minute details even as to the Polish tanks functioned against the German Panzers. Fascinating!

The majority of this book was copied from Katyn.