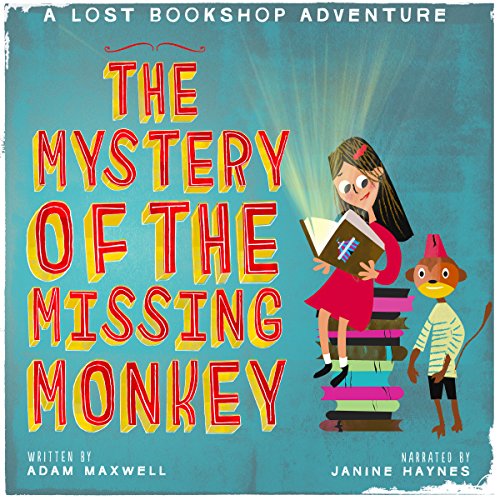 The Mystery of the Missing Monkey

By: Adam Maxwell
Narrated by: Janine Haynes
Try for £0.00

When she's not at school Nina likes to help out at the bookshop owned by her Aunty and Uncle.

But when Uncle Bill finds a hidden room behind a dusty bookshelf in a forgotten corner of the shop Nina knows she simply must investigate. And so with the help of her best friend, Ivy, and a bespectacled boy named Oswald she unlocks the door and the three step into the mysterious room.

Suddenly everything starts spinning and the room goes dark and when the children open their eyes they find themselves transported to a tent backstage at Cornelius' Circus Spectacular. All is not well in the big top and Nina, Ivy and Oswald are soon caught up in a mystery the likes of which they had never dreamed, the mystery of the missing monkey.

With the big finale looming the children must investigate the circus performers, from Wallace the lion to Sadie the bearded lady and from the monkey crew to Doctor Dick the duck. And if they can't find the missing monkey?

Well they'll have to perform in the finale themselves of course!

Who is to blame for the disappearance of the monkey? Will the children learn the ways of the circus in time to perform in the finale and even if they do how will they get back to the Lost Bookshop again?

The Lost Bookshop is an exciting rollercoaster of a story sure to capture children's imaginations and leave them desperate for just one more chapter.

Suitable for children of all ages but recommended for 5-9 year olds.

What listeners say about The Mystery of the Missing Monkey

THis is a good Book. I will listen to it again. THe narrator of this