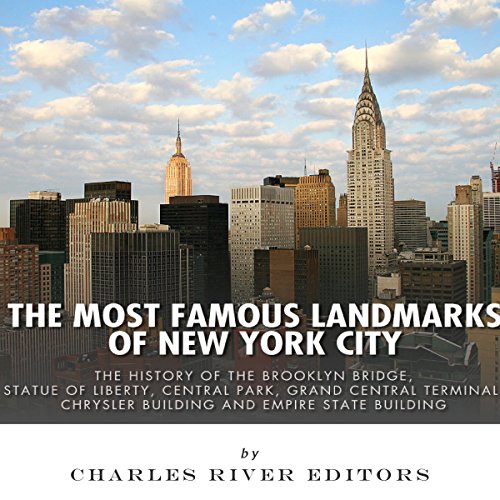 Of all the great cities in the world, few personify their countries like New York City. As America's largest city and best-known immigration gateway into the country, the Big Apple represents the beauty, diversity, and sheer strength of the United States, a global financial center that has enticed people chasing the American dream for centuries.

New York City has countless landmarks and tourist spots, but few are as old or as associated with the city as the Brooklyn Bridge, the giant suspension bridge that spans nearly 1,600 feet as it connects lower Manhattan to Brooklyn. Indeed the bridge is so old that Manhattan and Brooklyn represented the largest and third-largest cities in America at the time of its construction. The East River posed a formidable enough challenge that taking a ferry across could be dangerous.

Among America's countless monuments and landmarks, none embody the principles of the nation quite like Lady Liberty, the colossal statue that stands on Liberty Island in New York Harbor. A gift from the French that was built and transported in the late 19th century, the Statue of Liberty has been a symbol of the United States' guarantee of individual freedom. Its location took on added meaning as it welcomed millions of immigrants sailing across the Atlantic to nearby Ellis Island.

What listeners say about The Most Famous Landmarks of New York City: The History of the Brooklyn Bridge, Statue of Liberty, Central Park, Grand Central Terminal, Chrysler Building, and Empire State Building

Many words used when only a few were needed. It was like reading a high school essay with a minimum word requirement.
The narrator mispronounced words including Houston street. I'm from Texas and even I know it's not pronounced like our city of Houston .