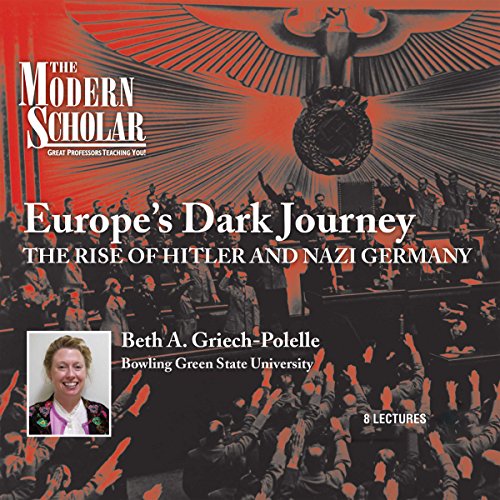 In Europe’s Dark Journey, Beth A. Griech-Polelle examines the factors that led to the ascendance of Adolf Hitler during the rebuilding of post-WWI Germany. Moving from the birth of modern Germany through the First World War, Polelle then focuses on Hitler’s early years and the creation of the National Socialist German Workers’ Party. Polelle illustrates how Hitler consolidated power—resulting in a society divided against itself and at war with a major portion of the world—and also maintains a special focus on the persecution of the Jewish population, both inside Nazi Germany and in conquered parts of Europe.

What listeners say about The Modern Scholar: Europe's Dark Journey